Day of Remembrance of the Missing in actions Yerablur Military Pantheon

29 June, 2021
On June 29, in Yerablur Military Pantheon was paid tribute on the occasion of the Day of Remembrance of the Missing in actions. 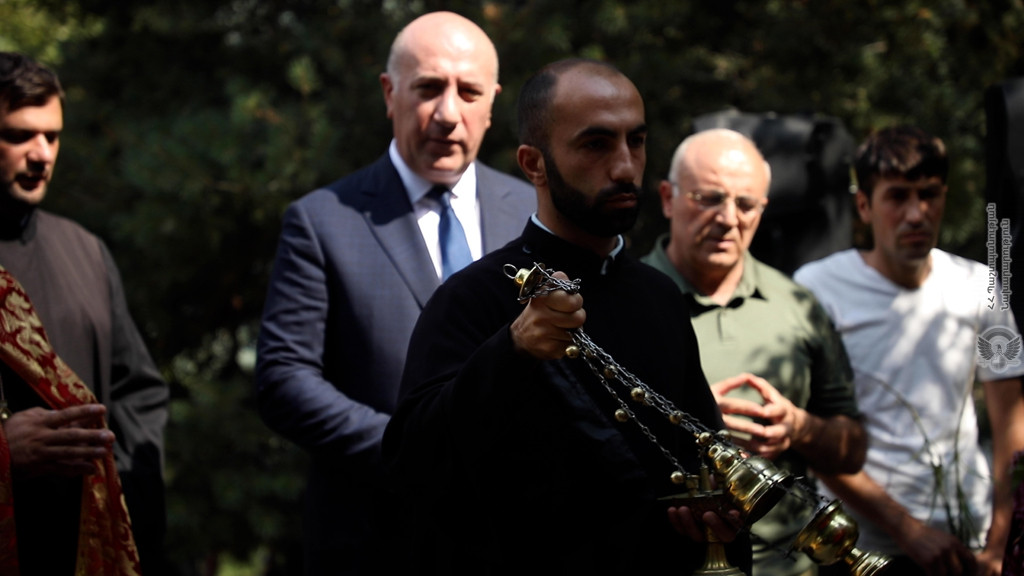 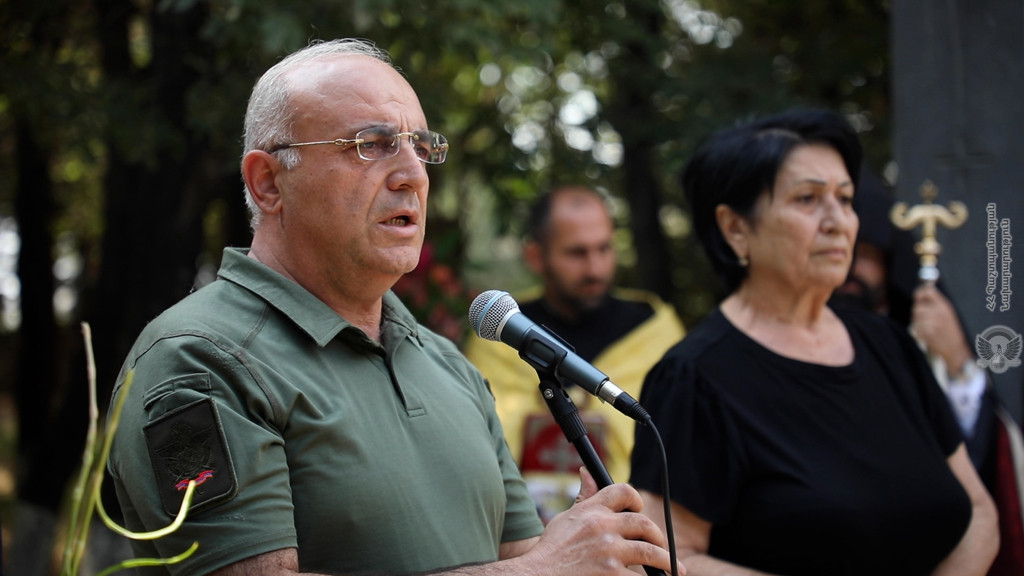 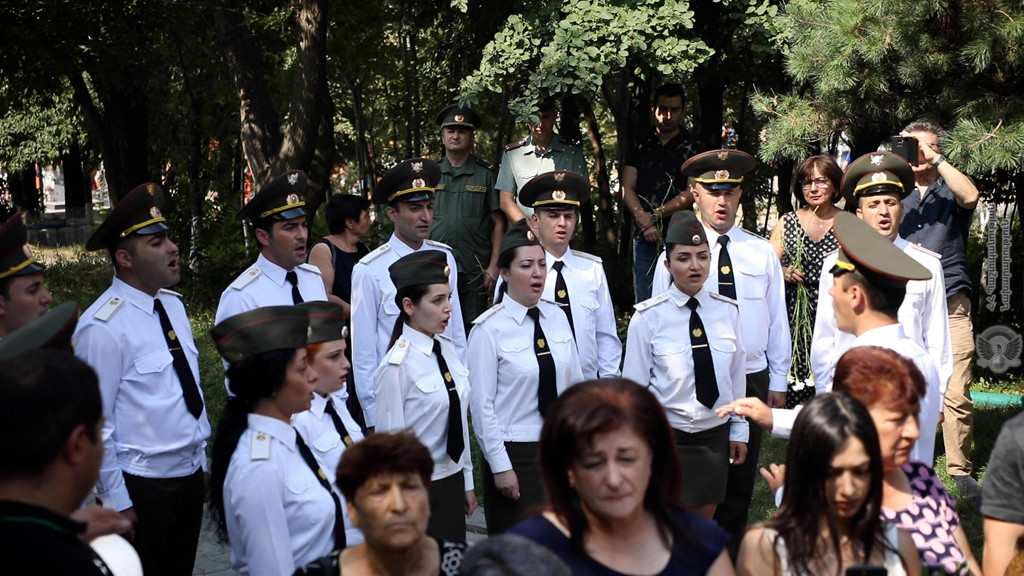 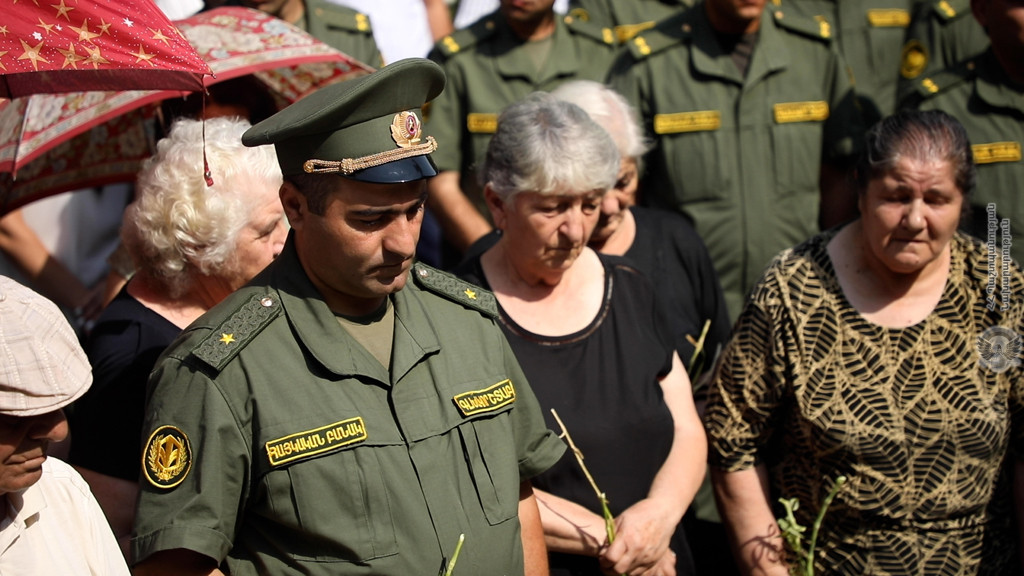 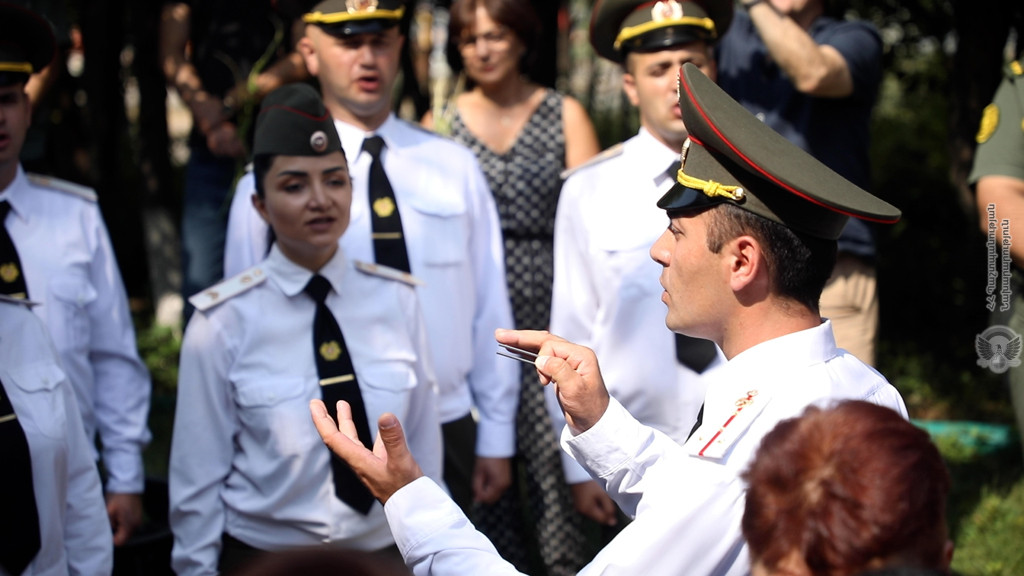 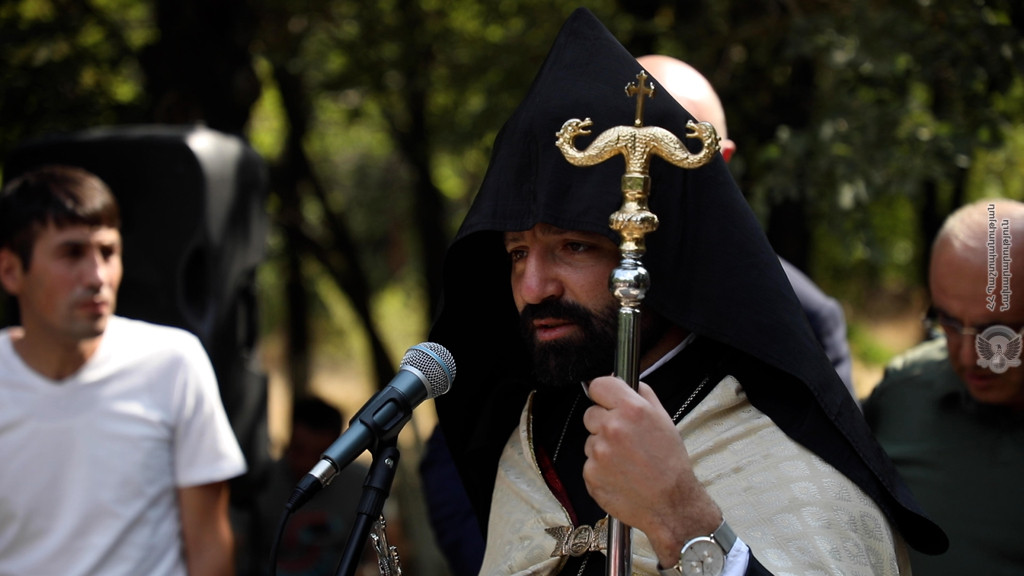 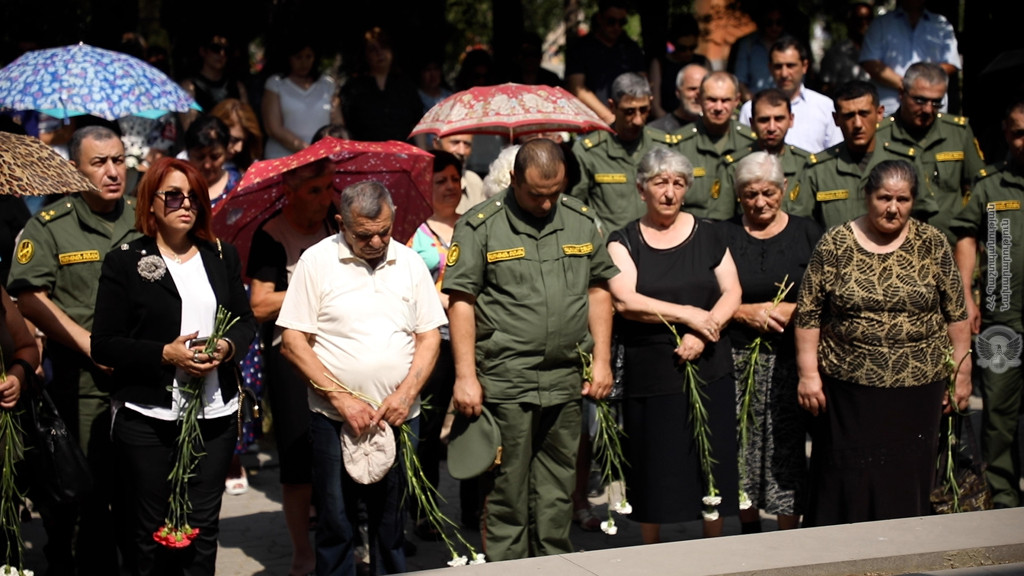 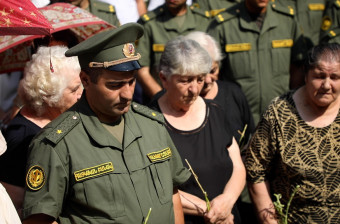 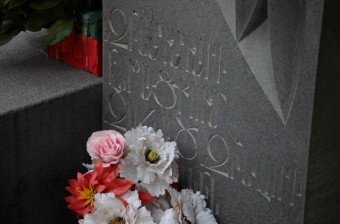 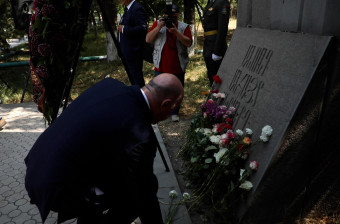 The event was attended by Deputy Defence Minister Arman Sargsyan, high-ranking servicemen of the Defence Ministry and the General Staff of the Ministry of the Armed forces, representatives of public organizations uniting freedom fighters, relatives of the missing and military friends.

Under the leadership of the spiritual leader of the Armed Forces ter Movses Vardapet Sargsyan, a memorial service was held at the monument dedicated to the missing in actions.

In his speech, RA Defence Minister's Adviser Vardan Avetisyan noted that the Ministry of Defence will always support the families of all the servicemen whose fate is unknown, but their heroism in defending the Homeland with full devotion is known.

Rima Arakelyan, Chairperson of the "Council of Relatives of Missing in actions Freedom Fighters" NGO, expressed her gratitude to the representatives of the RA Ministry of Defence, the General Staff of the RA Armed Forces, those present and all those who spare no effort to find out the fate of the missing sons in the fight for the Defence of the Homeland.

Those present paid tributeto the memory and laid flowers at the memorial to the missing freedom fighters.

It should be reminded that according to the RA Law “On Holidays and Remembrance Days of the Republic of Armenia”, June 29 is celebrated as the Day of Remembrance of Missing Freedom Fighters.