Meeting in the administrative complex of the RA Ministry of Defence

2 February, 2021
On February 2, the RA Minister of Defence Vagharshak Harutyunyan received the Charge d'Affaires of the United Kingdom in the Republic of Armenia Ms. Helen Fazey, accompanied by the United Kingdom military attaché in the Republic of Armenia Tony Bramwell (residence in Tbilisi) and defence adviser Ms. Claire McCain (residence in Tbilisi). 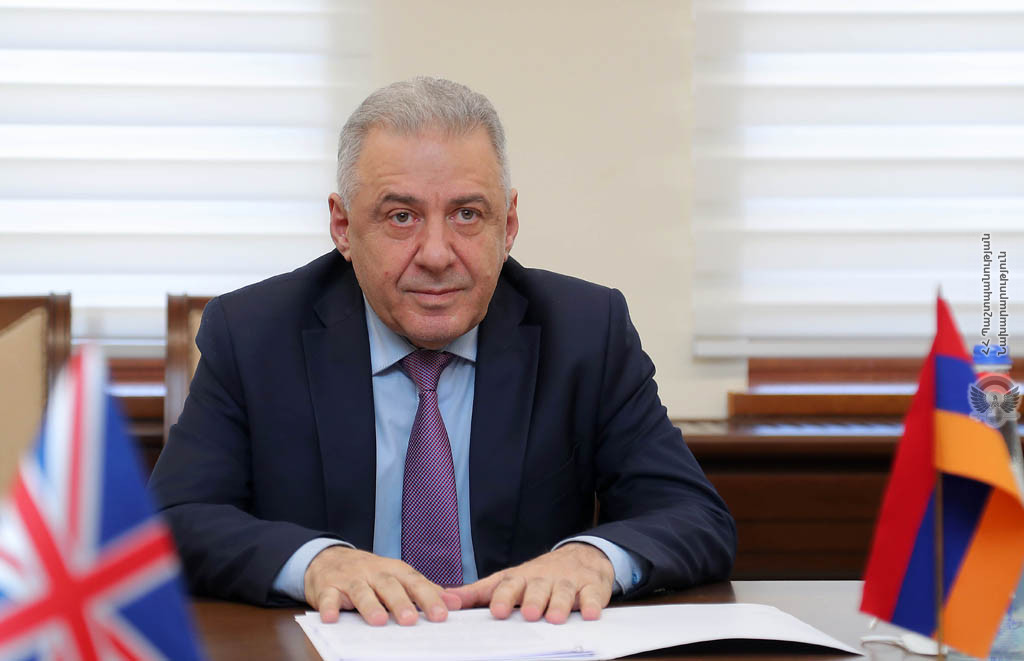 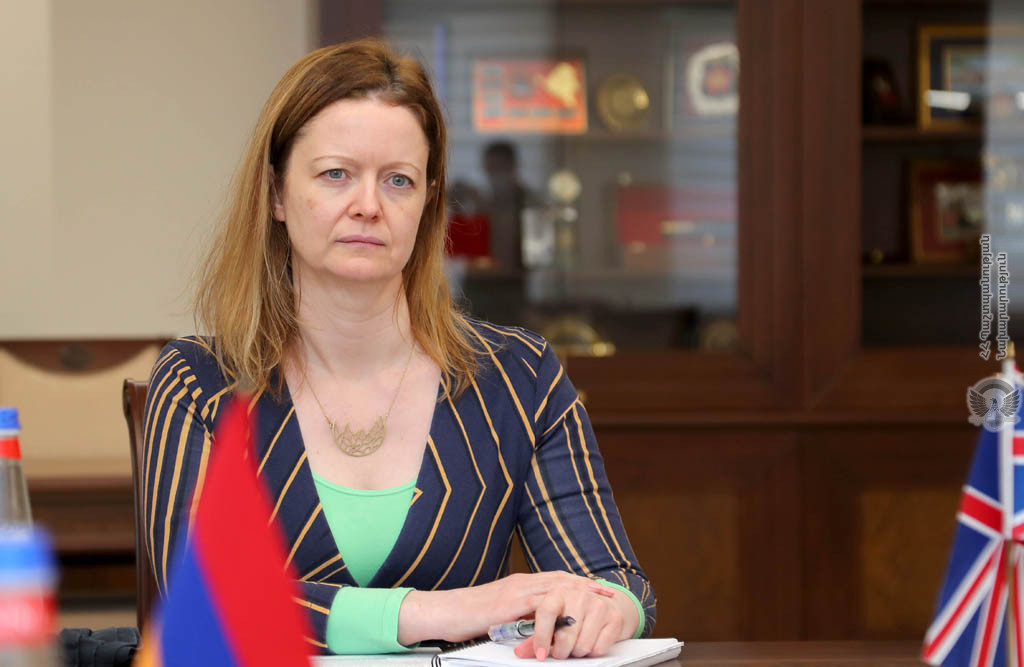 Helen Fazey congratulated Vagharshak Harutyunyan on assuming the post of Minister of Defence in a difficult period for Armenia, and expressed condolences for those killed during the hostilities.

The RA Minister of Defence presented the process of implementation of the agreements reached after the cessation of hostilities. Vagharshak Harutyunyan especially emphasized the issue of return of prisoners of war by Azerbaijan. At the request of the British side, the regional security environment, current threats and expected developments were also presented.

The head of the defence department also informed that an assessment of the shortcomings and omissions recorded during the hostilities is currently being carried out, which may lead to structural changes related to the armed forces, changes in procedures and tactics of decision-making, and also changes in legislation.

During the meeting, the sides also discussed the possibilities of deepening the Armenian-British cooperation in the field of defense. The parties agreed that in a result of additional discussions, new areas of cooperation based on priority interests will be initiated.

The British side expressed readiness to continue cooperation in the existing ones, as well as in new directions proposed by the Armenian side.