6 September, 2021
On September 6, the Minister of Defense of the Republic of Armenia Arshak Karapetyan received lieutenant general Rustam Muradov, who is completing his mission as the commander of the peacekeeping troops of the Russian Federation in the Artsakh Republic. 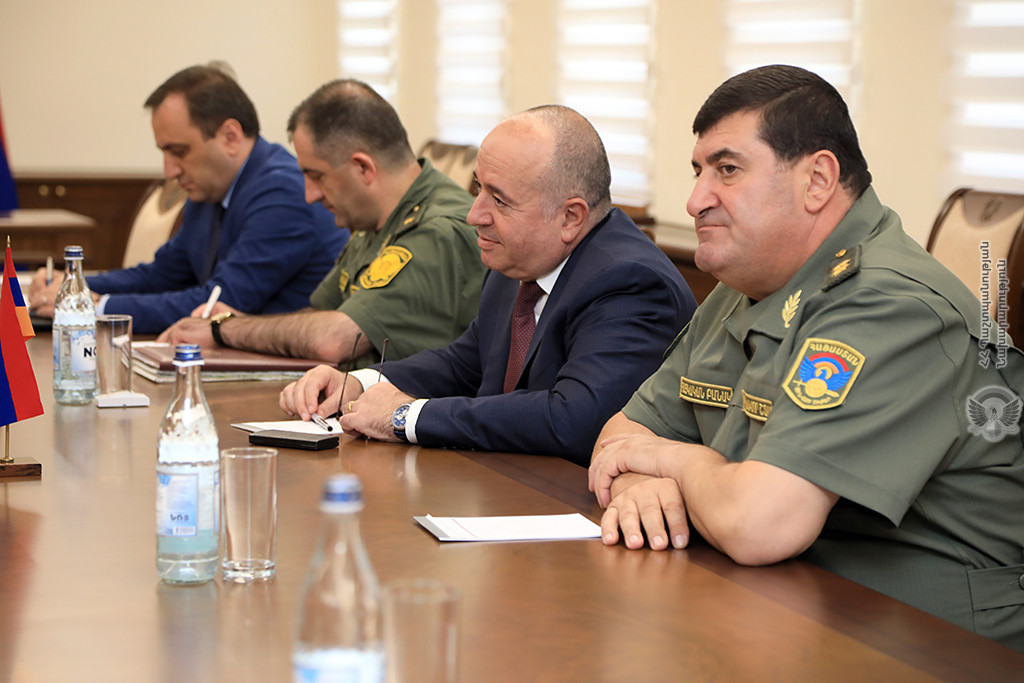 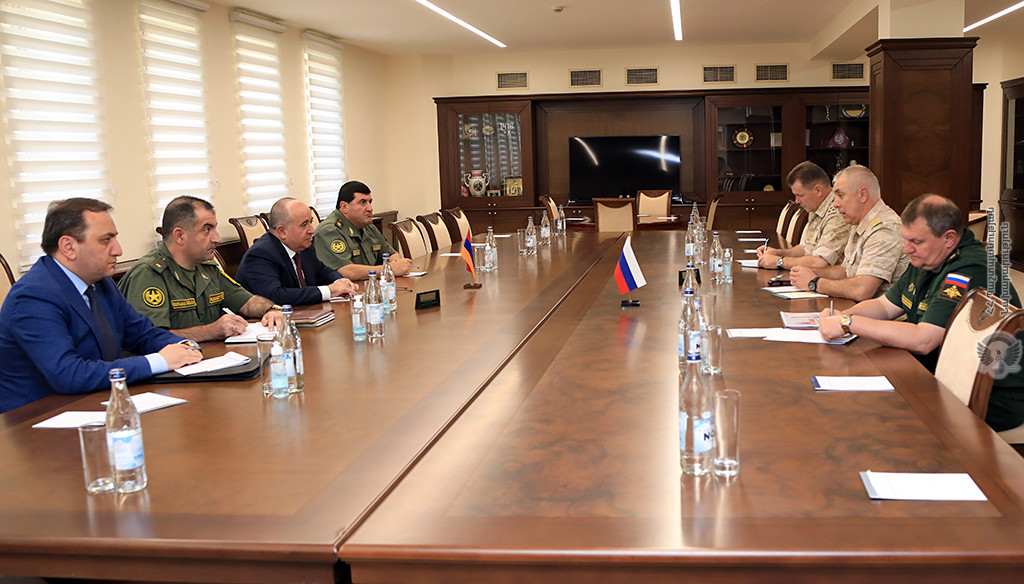 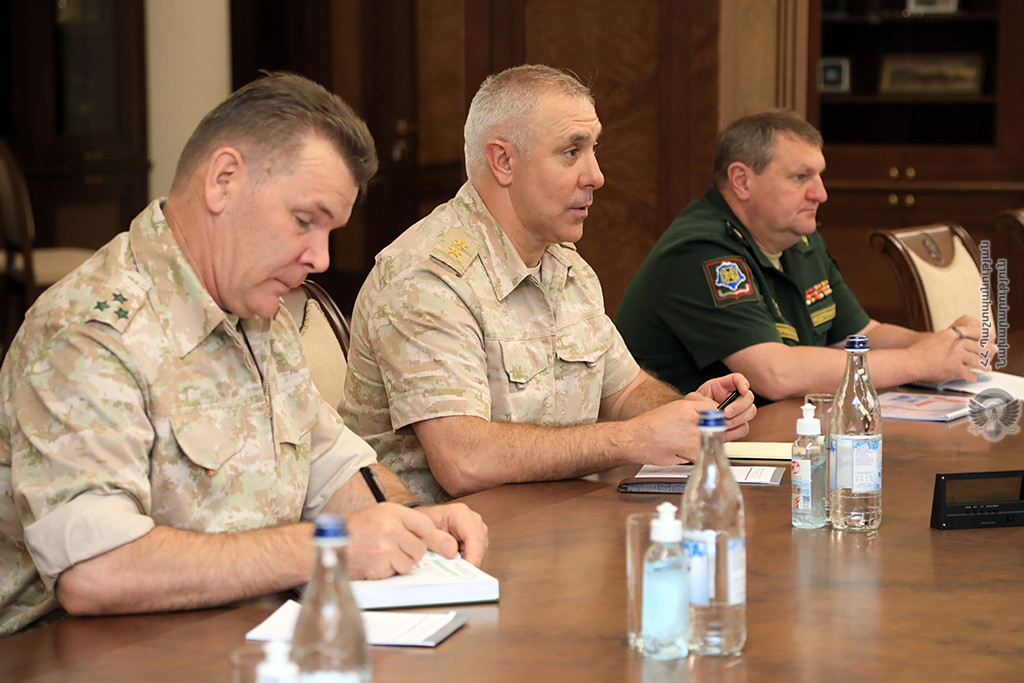 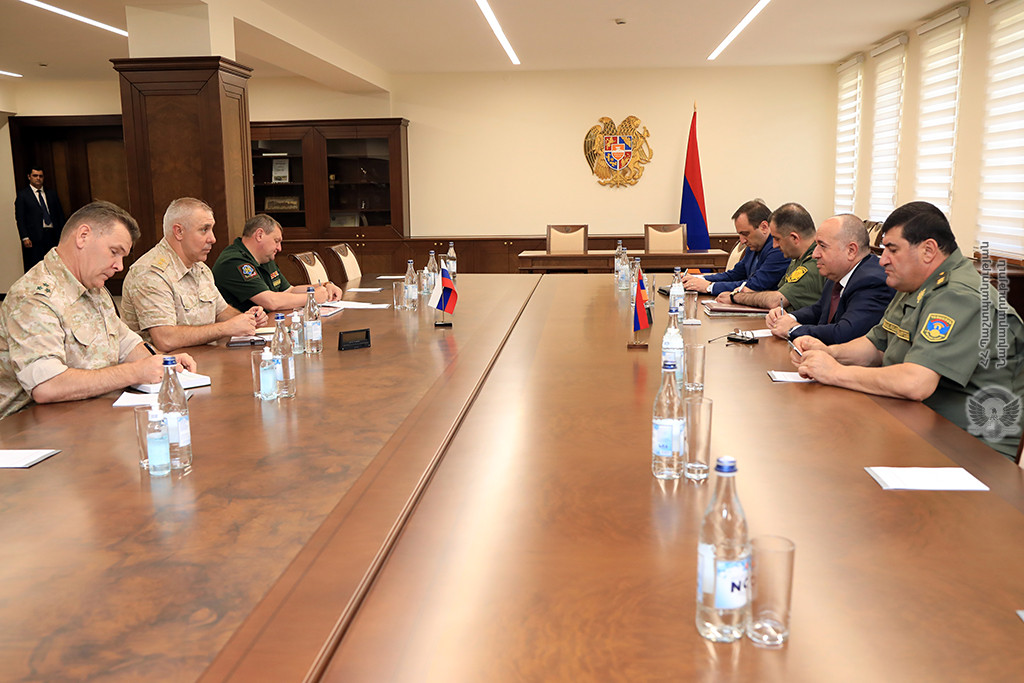 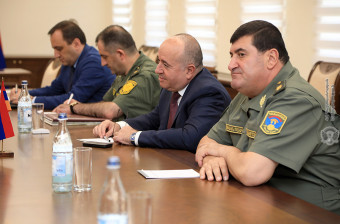 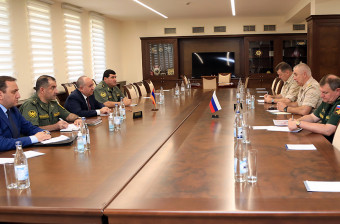 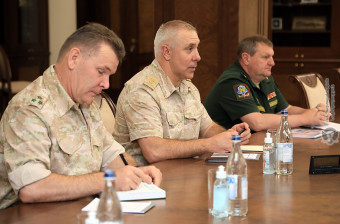 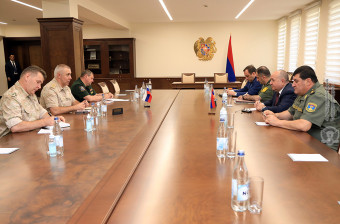 Arshak Karapetyan thanked lieutenant general Rustam Muradov for his efforts in maintaining peace in Artsakh and wished him success in his future activities.

At the meeting, which was attended by the Defense Attaché of the Russian Embassy in Armenia, colonel Igor Shcherbakov, the progress of the peacekeeping mission in Artsakh, as well as the situation on the Armenian-Azerbaijani border were discussed.