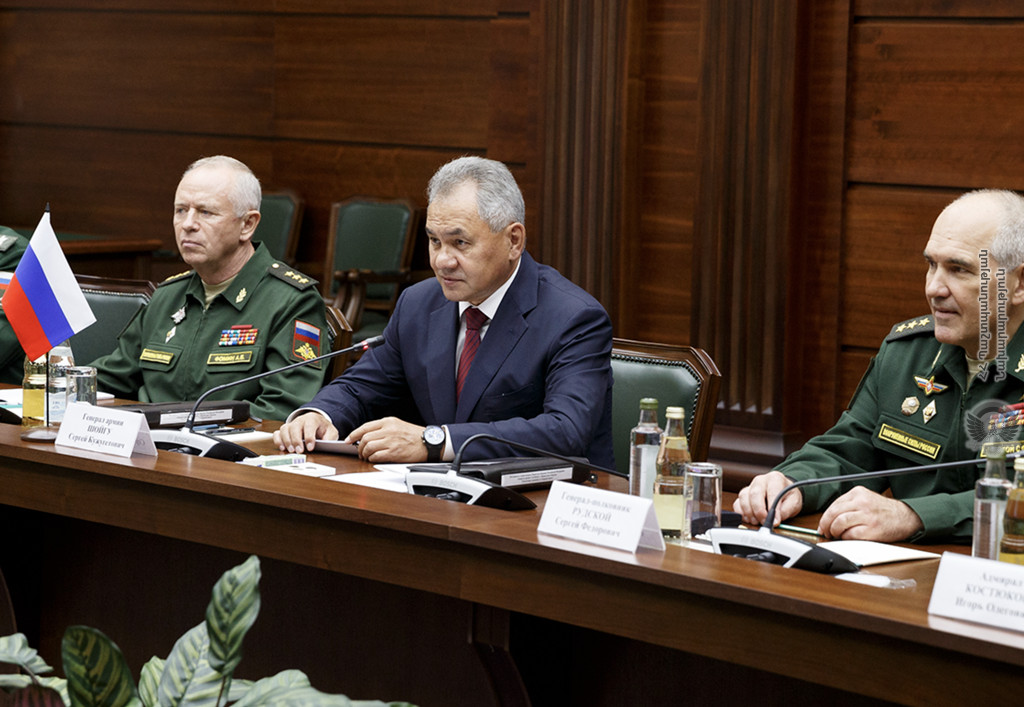 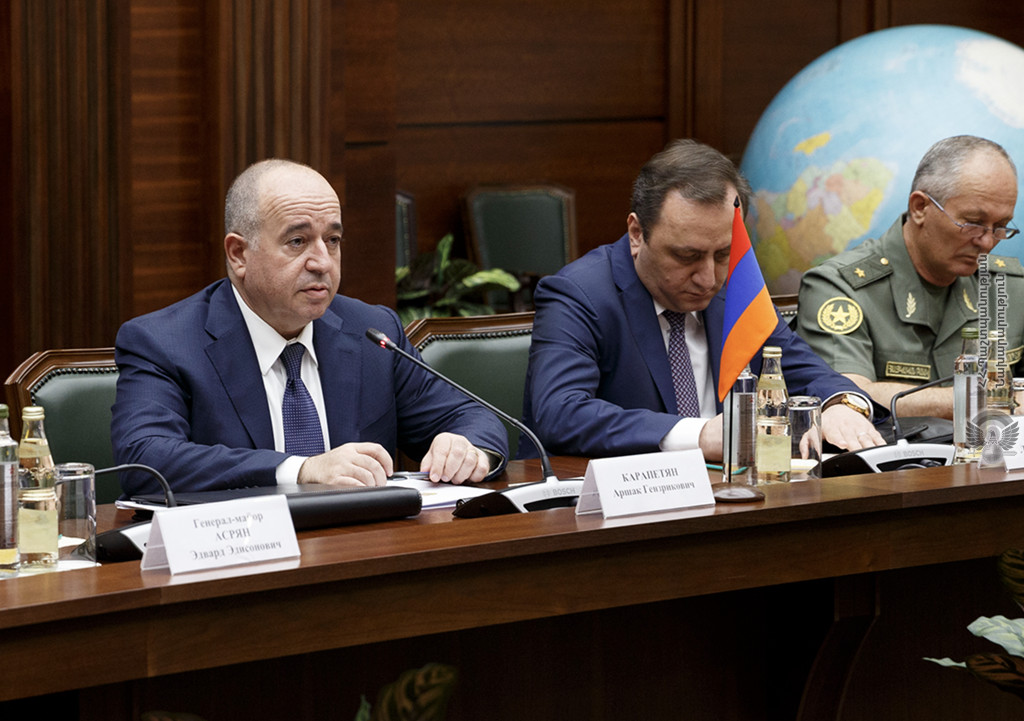 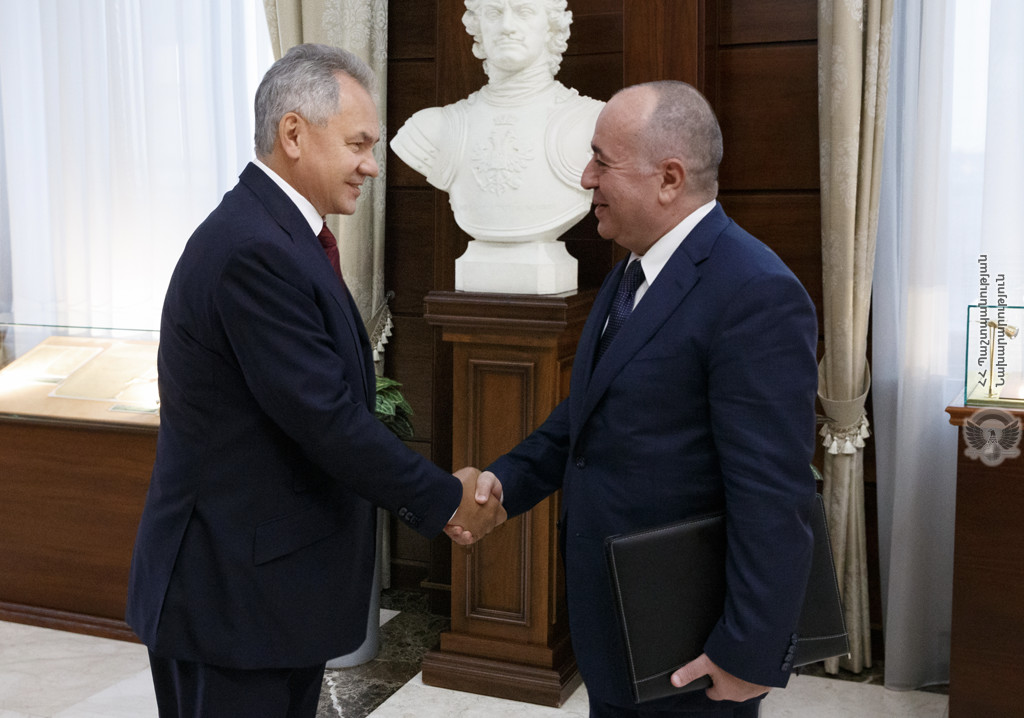 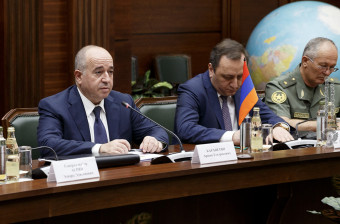 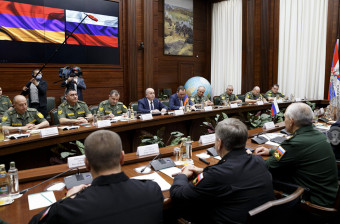 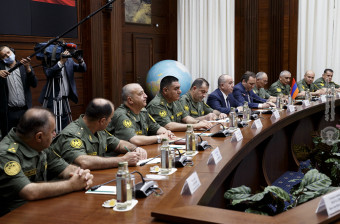 During the meeting the parties discussed a wide range of issues related to the Armenian-Russian allied relations, exchanged views on regional and international security issues.

Congratulating the RA Minister of Defence on assuming the post, Army General Sergey Shoigu praised the work being done recently by the Ministries of Defence of the two countries to develop bilateral cooperation and solve the existing problems in the region. The Russian Defence Minister stressed that the Russian Federation will continue to make every effort to strengthen peace in Nagorno Karabakh and resolve the situation in the border regions of Armenia peacefully.

Taking the opportunity, the Russian Defence Minister thanked that despite the existing problems, Armenia continues to participate in the humanitarian mission in the Syrian Republic.

Thanking his counterpart for the warm reception, the RA Minister of Defence, at the latter's request, presented the operative situation around the borders of the Republic of Armenia, emphasizing the mediation efforts of the Russian Federation in the peaceful settlement of the situation. Arshak Karapetyan stressed that the Republic of Armenia continues to be committed to the establishment of lasting peace in the region, to the continuation of negotiations in that direction, at the same time, will not tolerate the occupation of its border regions, will take all necessary steps to restore territorial integrity.

Taking the opportunity, the RA Minister of Defence thanked for the peacekeeping mission in Nagorno Karabakh, noting that due to the efforts of the Russian peacekeepers the peaceful life in Nagorno Karabakh has been restored, the uninterrupted connection with the Republic of Armenia is ensured. The Minister of Defence stressed the inadmissibility of provocations carried out from time to time by the Azerbaijani side in the area of ​​responsibility of the peacekeepers, violations of the ceasefire regime, citing as an example the use of UAV registered today.

Arshak Karapetyan also referred to the intensive reforms being carried out in the field of defence and thanked his colleague for the comprehensive support provided in this direction. The Minister emphasized that today the Armenian-Russian military-political relations are at the stage of moving to an unprecedented high level. The defence ministers of the two countries have reached a number of important agreements on the forthcoming cooperation programs.