The military attachés visited the Ministry of Defence

17 May, 2021
On May 17, in the administrative complex of the RA Ministry of Defence a meeting was held with the military attachés accredited in the Republic of Armenia. 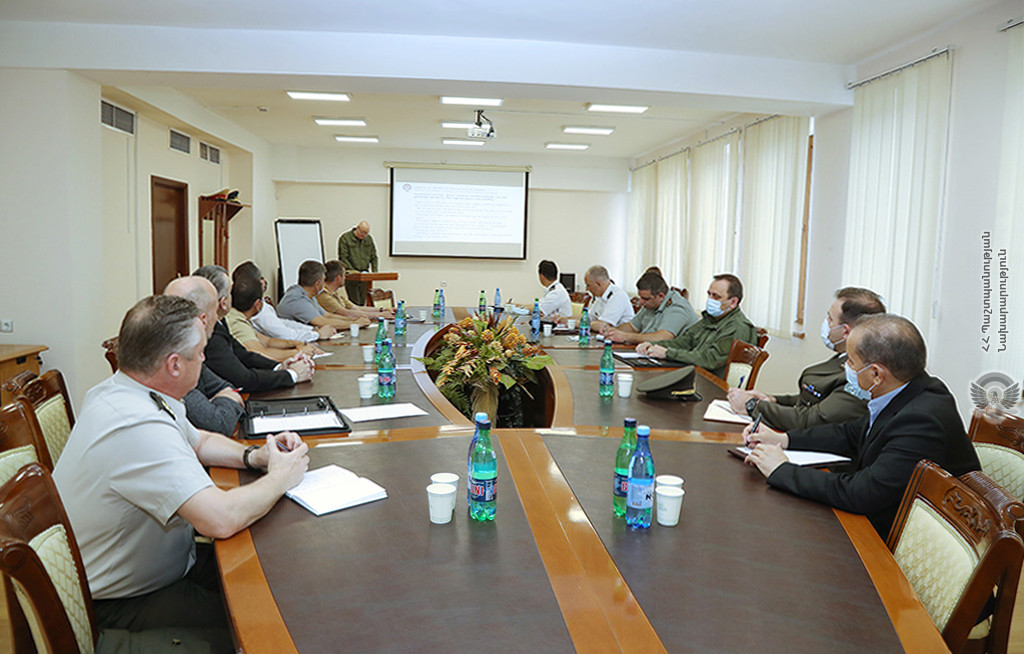 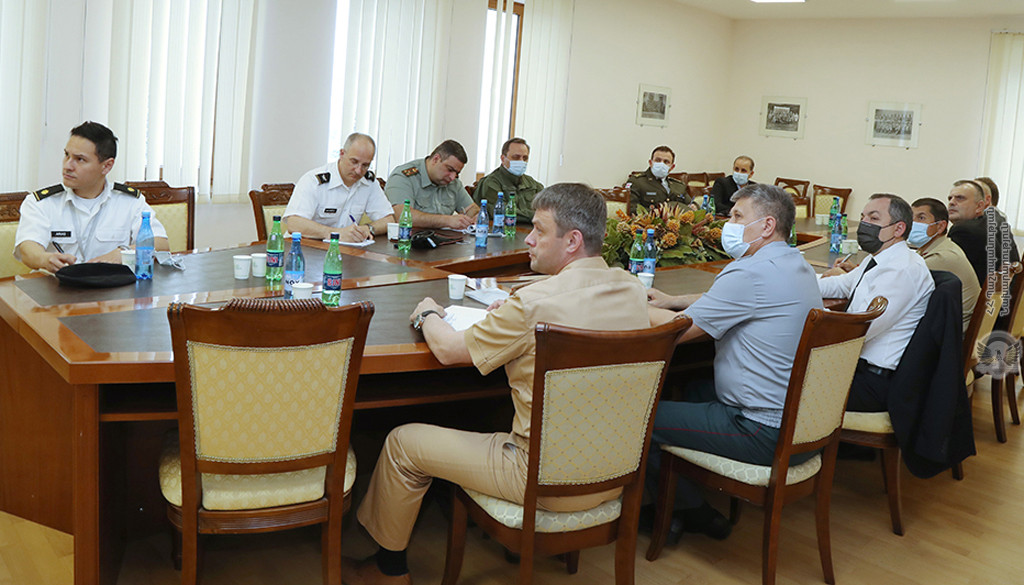 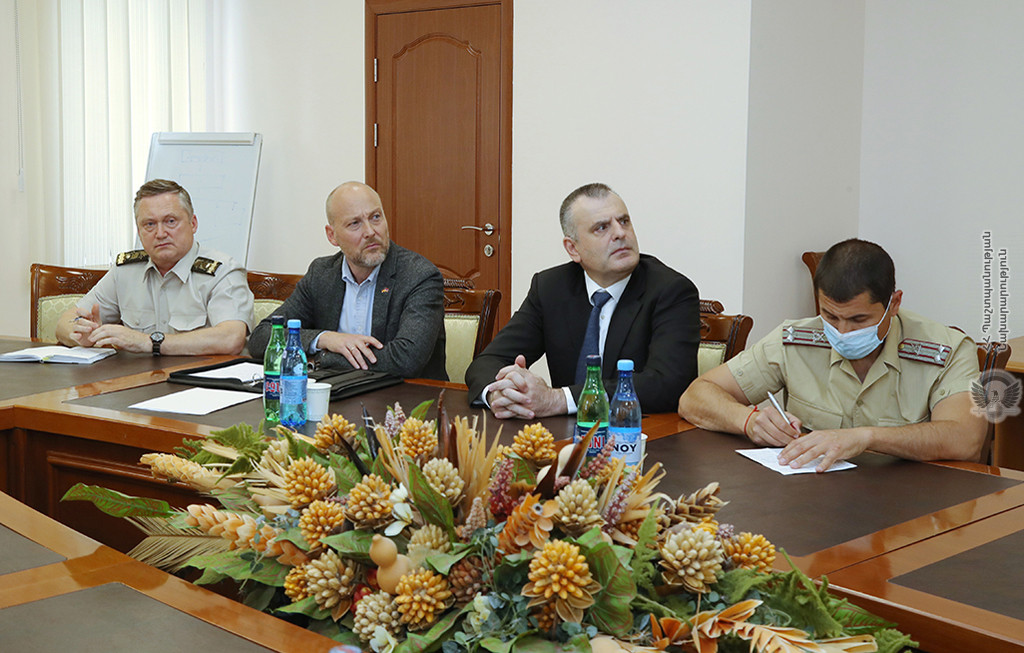 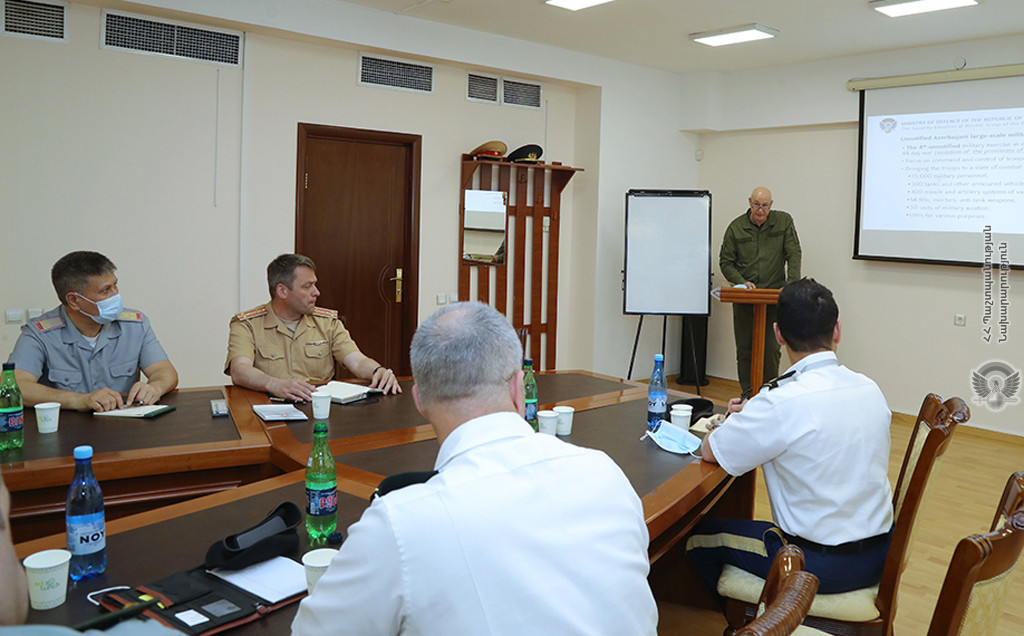 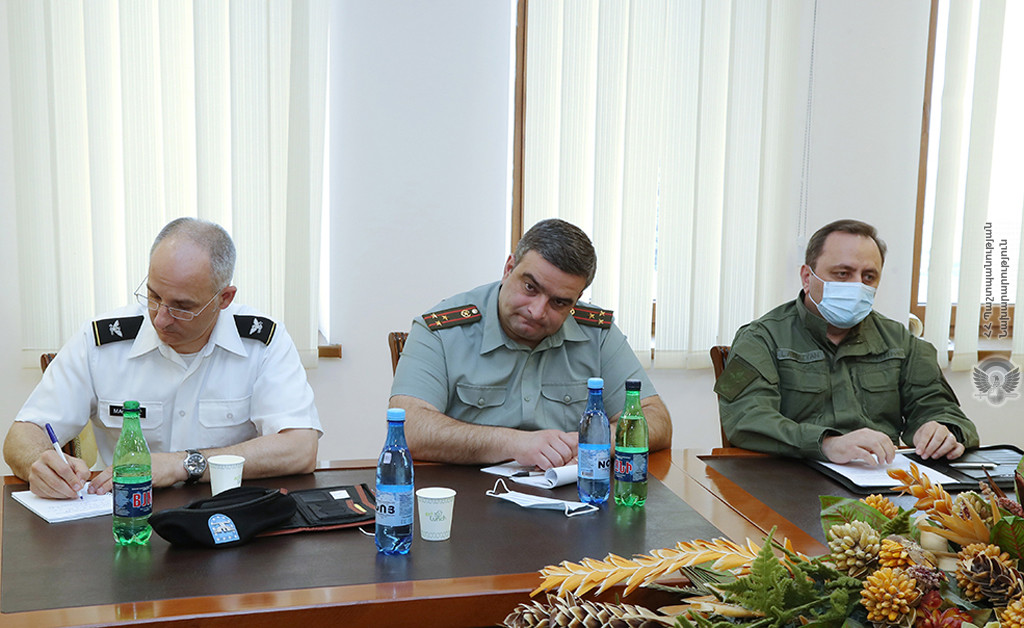 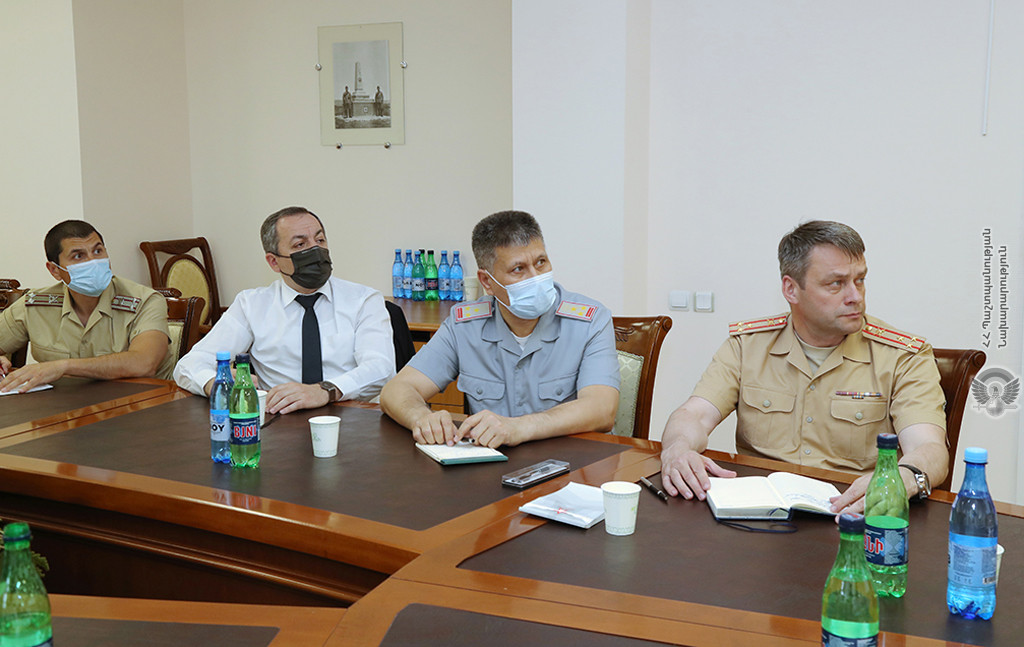 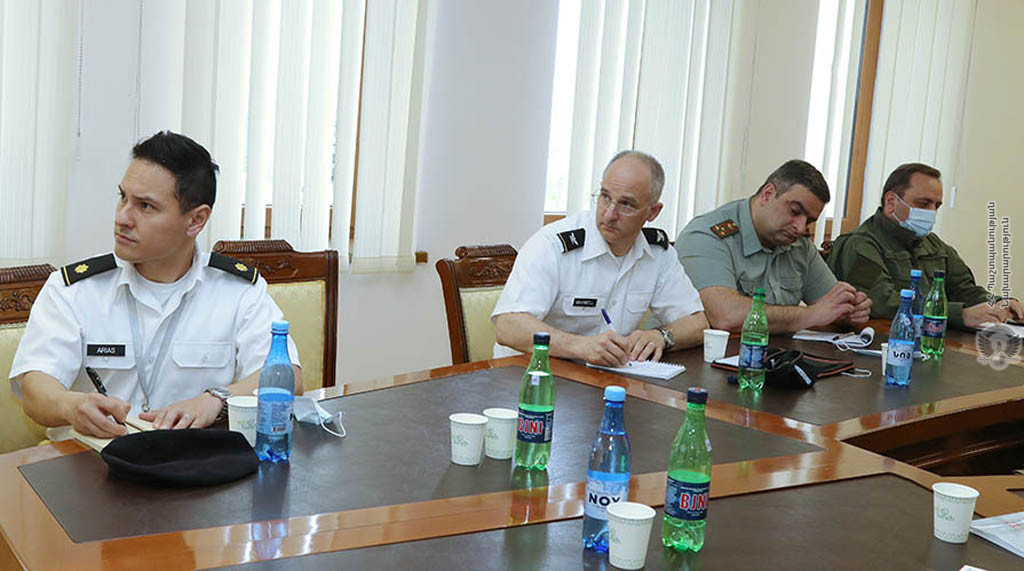 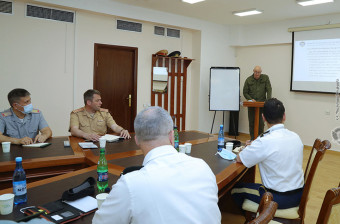 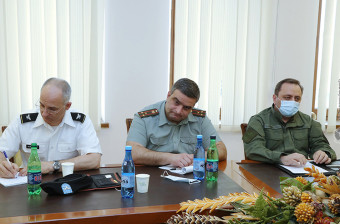 Leon Ayvazyan, Head of the General Department of Defence Policy and International Cooperation of the RA Ministry of Defence, presented the situation created after the encroachments on some border areas of Syunik and Gegharkunik regions of the Republic of Armenia by the Azerbaijani Armed Forces since May 12, 2021, under the pretext of clarifying the borders and the course of its development.

It was noted that despite the fact that, according to the agreement reached, in the previous days and today several groups of Azerbaijani servicemen returned to their starting positions, in fact the actual problem has not been resolved yet, Azerbaijani servicemen are still on the territory of the Republic of Armenia.

It was also mentioned that any encroachment on the sovereign territories of the Republic of Armenia is absolutely unacceptable, and the Azerbaijani side is obliged to return to its starting positions without preconditions.