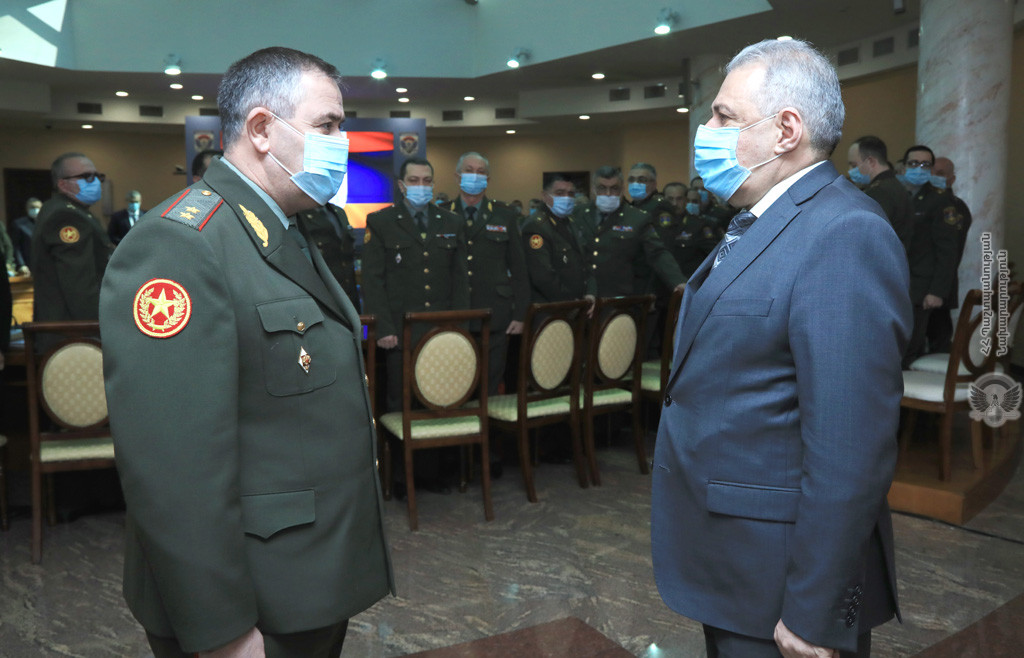 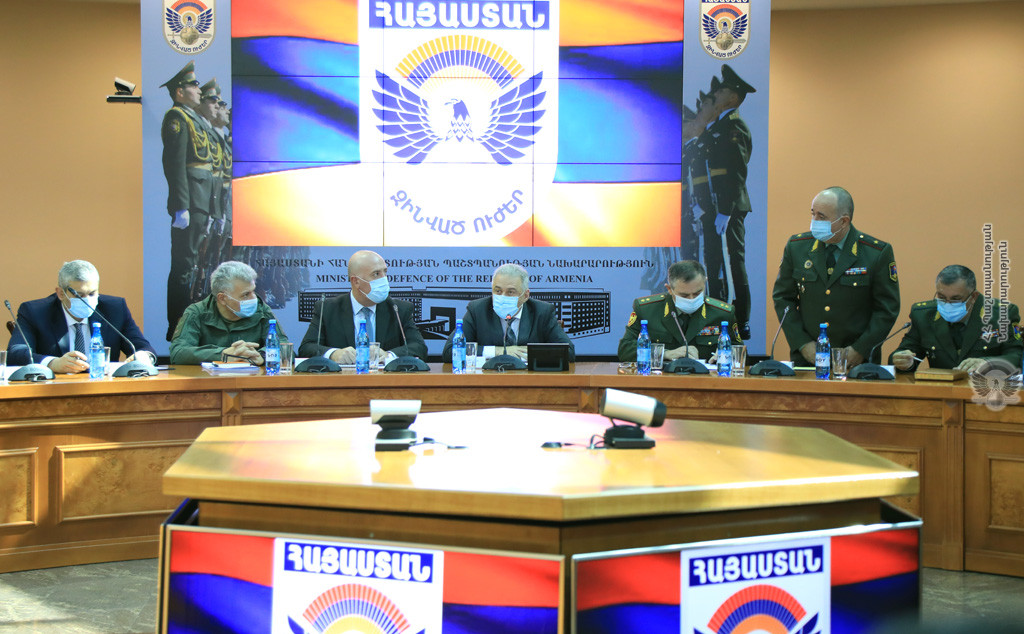 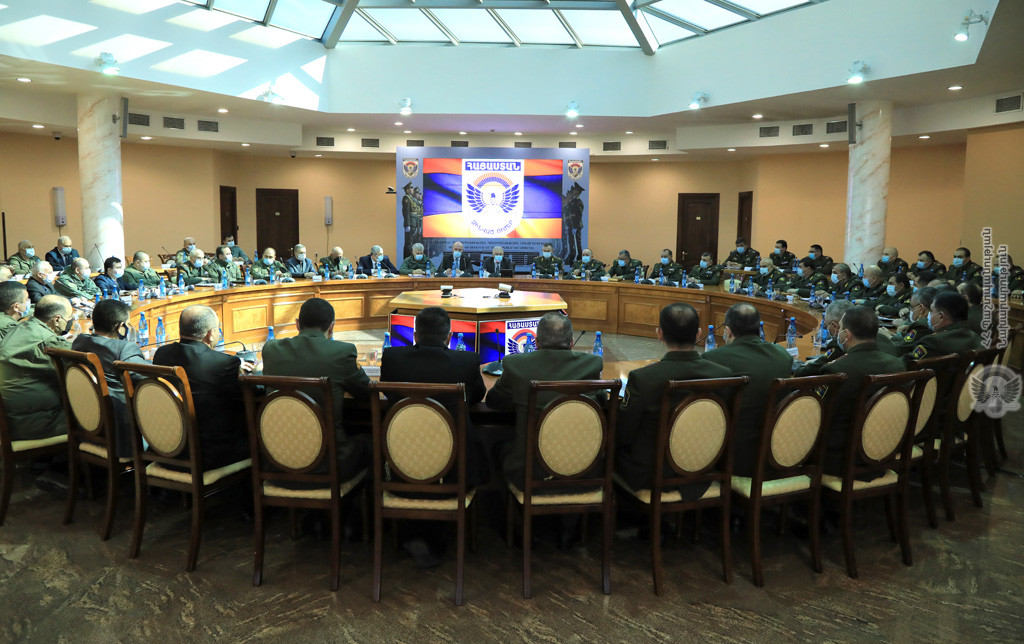 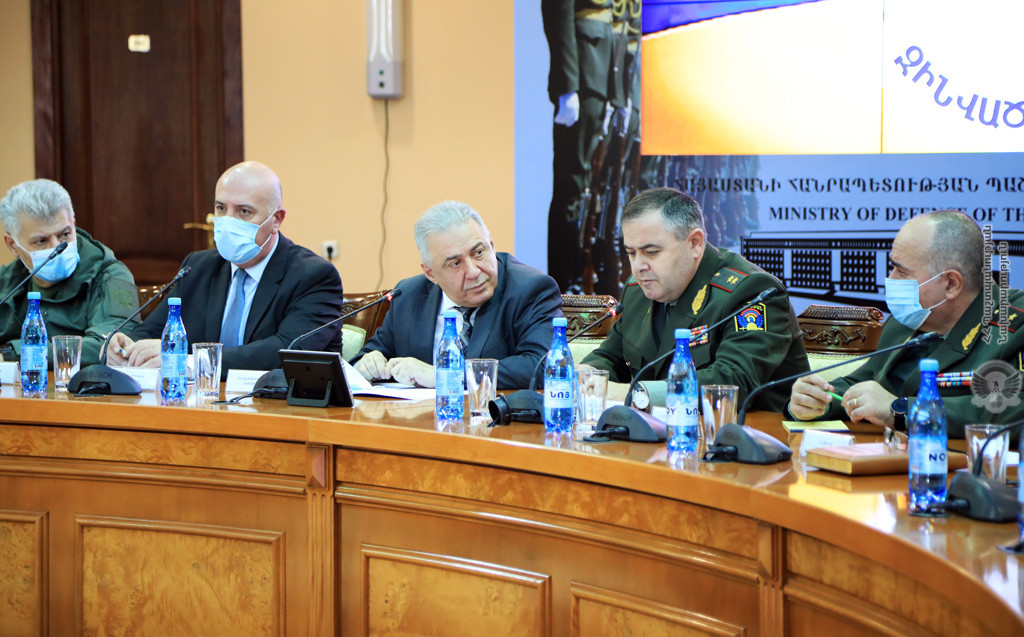 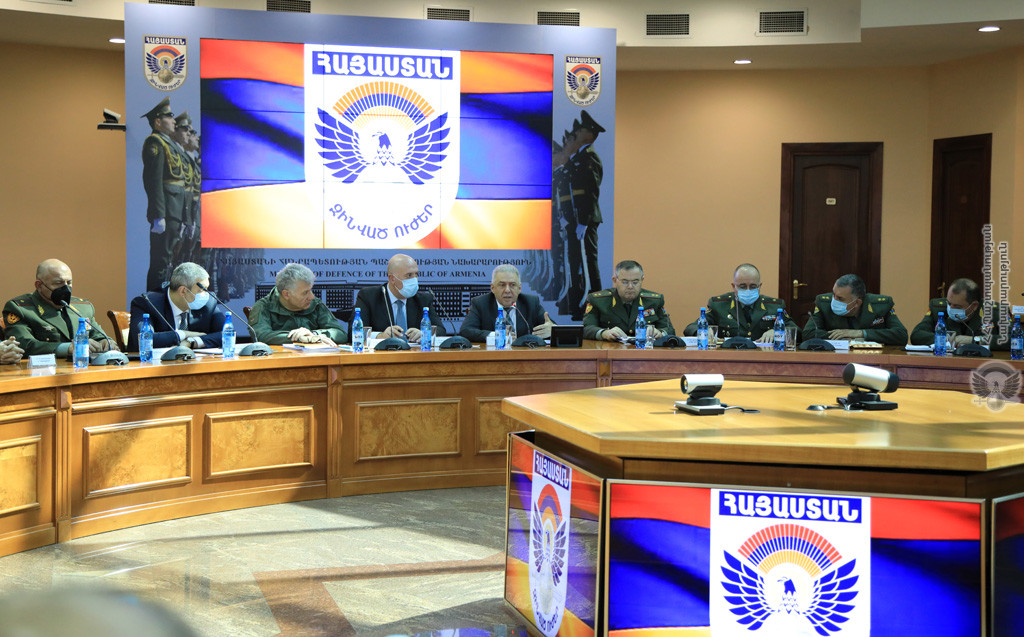 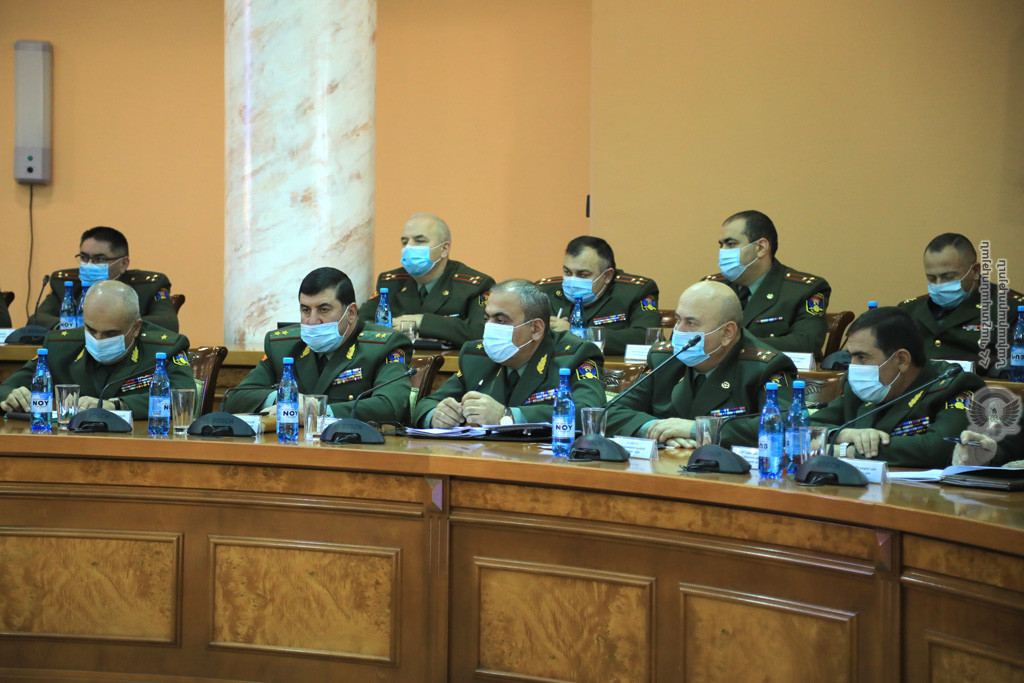 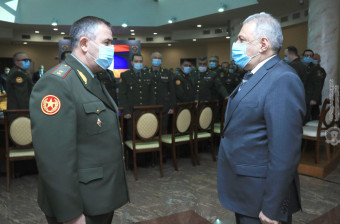 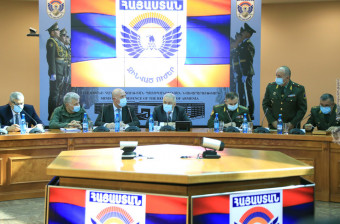 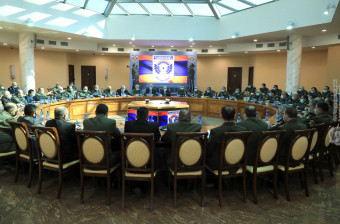 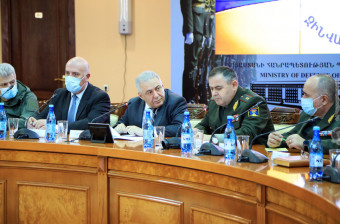 Before proceeding to the issues on the agenda, the Minister of Defence of the Republic of Armenia Vagharshak Harutyunyan introduced the newly appointed first deputy head of the General Staff of the Armed Forces of the Republic of Armenia, major-general Arshak Karapetyan. Highly appreciating his professional knowledge, experience and career in the Armed Forces, the Defence Minister wished Arshak Karapetyan effective work and success in this position.

During the consultation, the main issues faced by the Armed Forces in the post-war period, the measures aimed at strengthening the army's combat readiness and discipline, and the results of the work carried out in that direction in the military units were discussed.

Various issues related to the morale-psychological state of the personnel after the end of the 44-day war, the process of providing leave for servicemen, the organizing of daily service in military units and combat duty security measures on the front line were discussed.

The RA Minister of Defence Vagharshak Harutyunyan gave a number of instructions for the solution of the raised issues, outlining the main directions of the forthcoming works.