Vagharshak Harutyunyan highly appreciated the role of chaplains during the war

25 March, 2021
By the decree of the President of the Republic of Armenia, Deacon Narek Petrosyan, Assistant to the Spiritual Leader of the Armed Forces, was posthumously awarded the Order of the Battle Cross of the 1st degree for exceptional and personal courage during the defence of the Motherland. 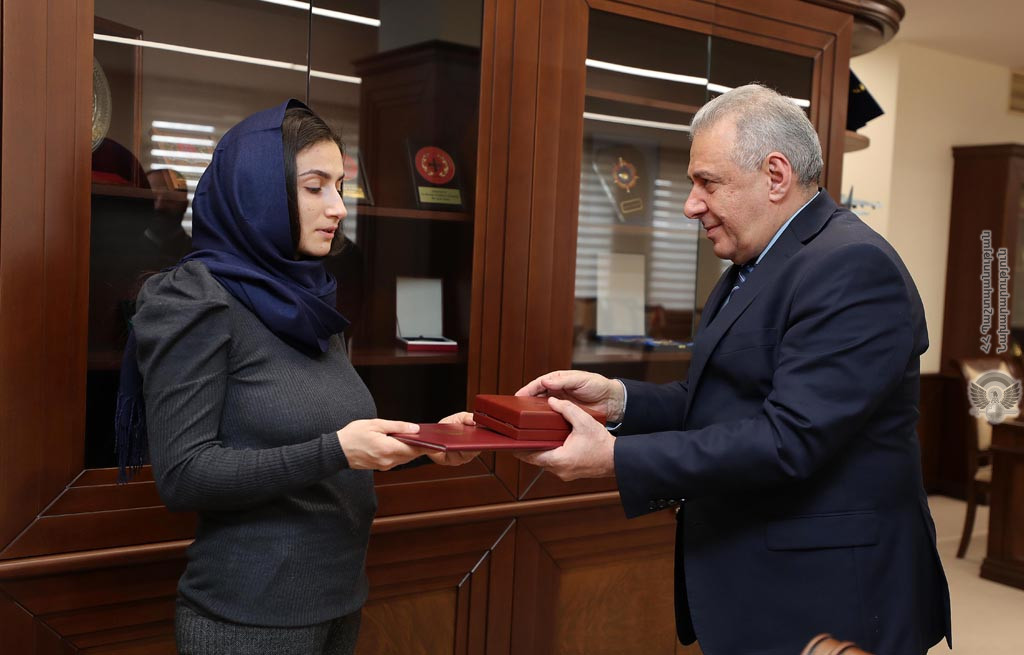 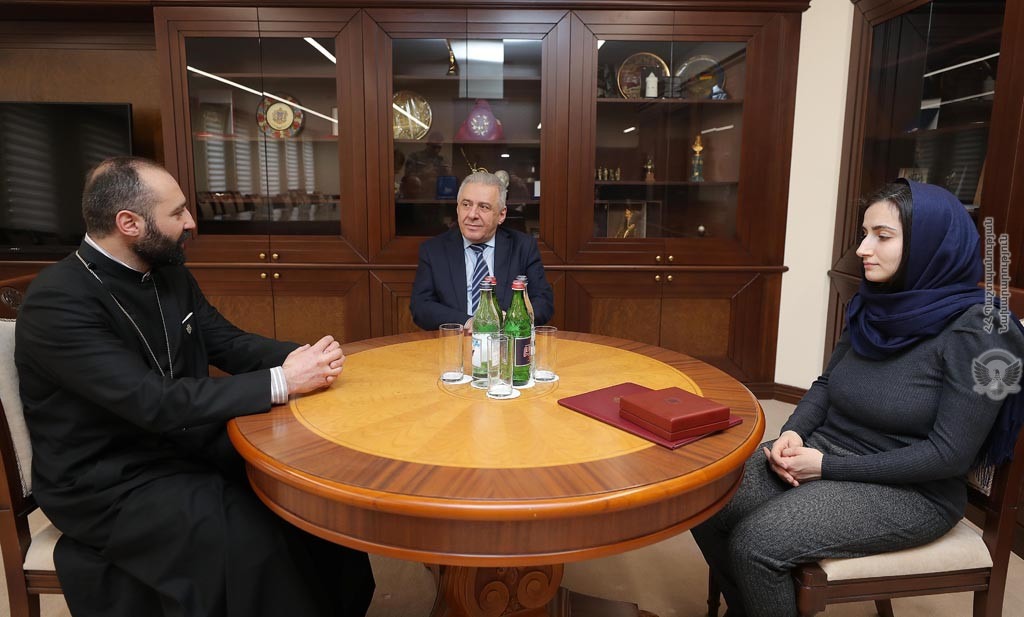 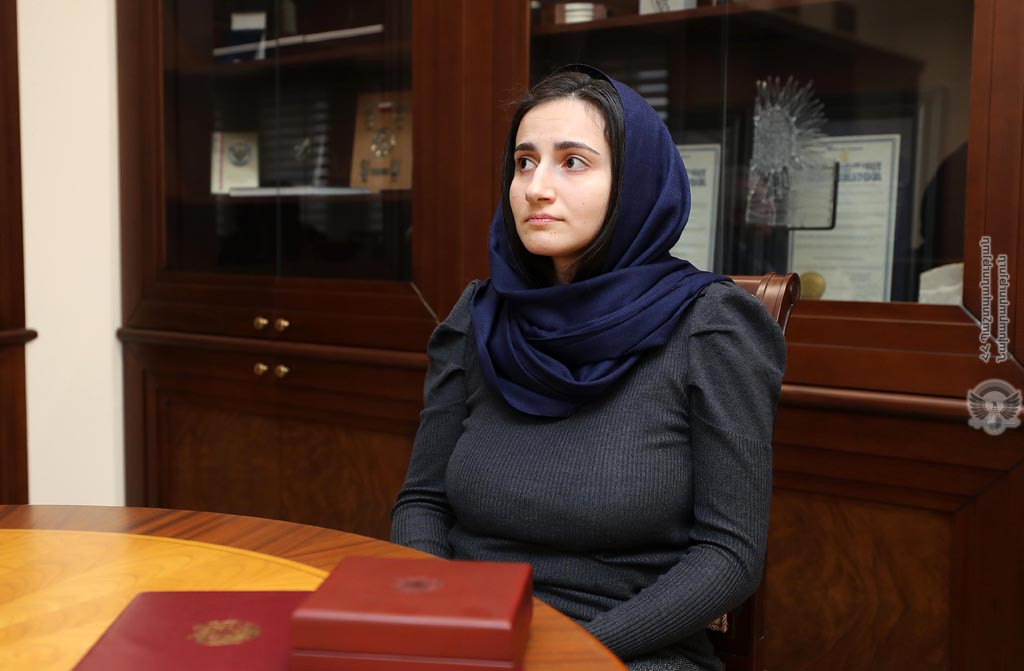 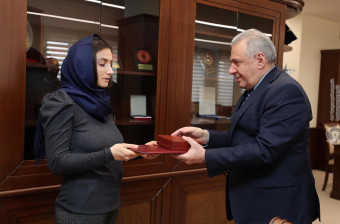 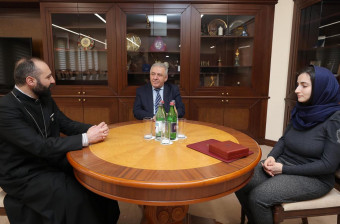 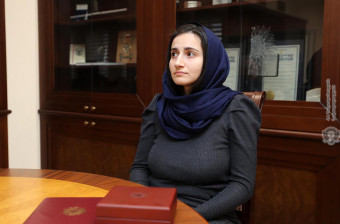 On March 25, the 33rd anniversary of Deacon Narek Petrosyan, the Minister of Defence of the Republic of Armenia Vagharshak Harutyunyan presented the state award to the wife of Deacon Narek Mariam Bznuni. Vagharshak Harutyunyan highly appreciated the role of chaplains, in particular Deacon Narek, during the war. The Minister of Defence stressed that the families of those killed during the hostilities will always be in the center of attention and concerns of the military-political leadership of the country.