18 December, 2020
On December 18, Minister of Defence of the Republic of Armenia visited the south-eastern borderline. Vagharshak Harutyunyan followed the course of the combat duty being carried out in the new lines, talked to the commanders and servicemen. 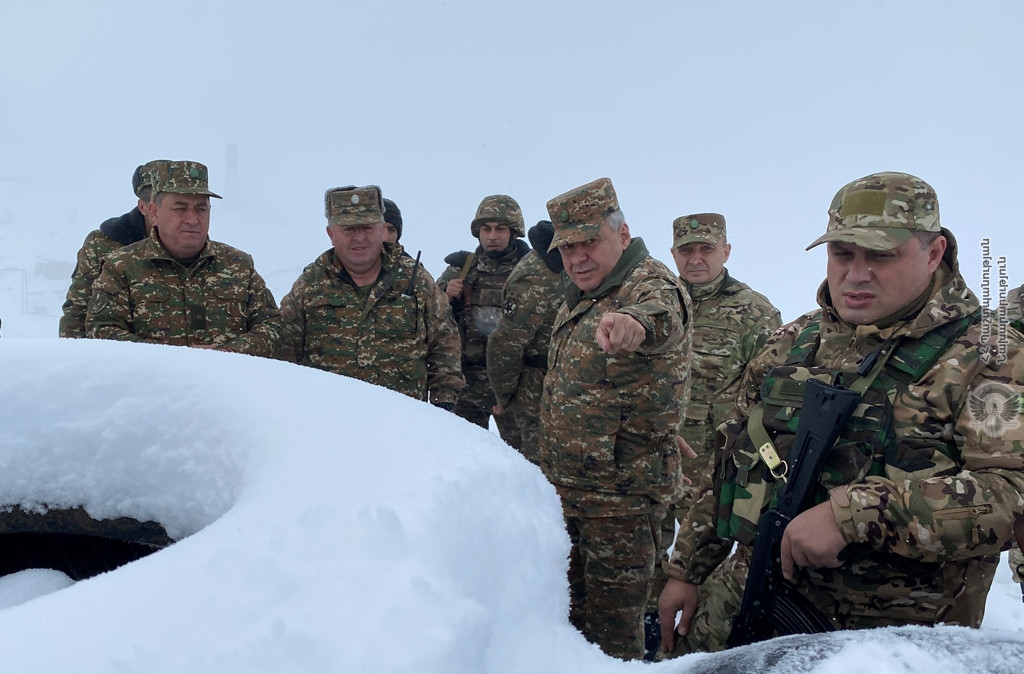 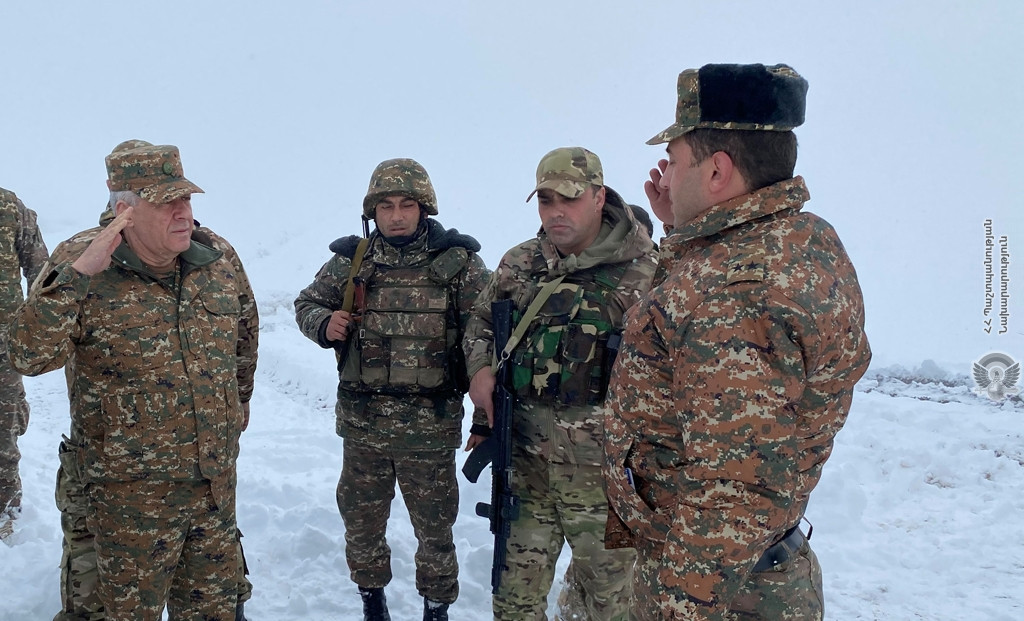 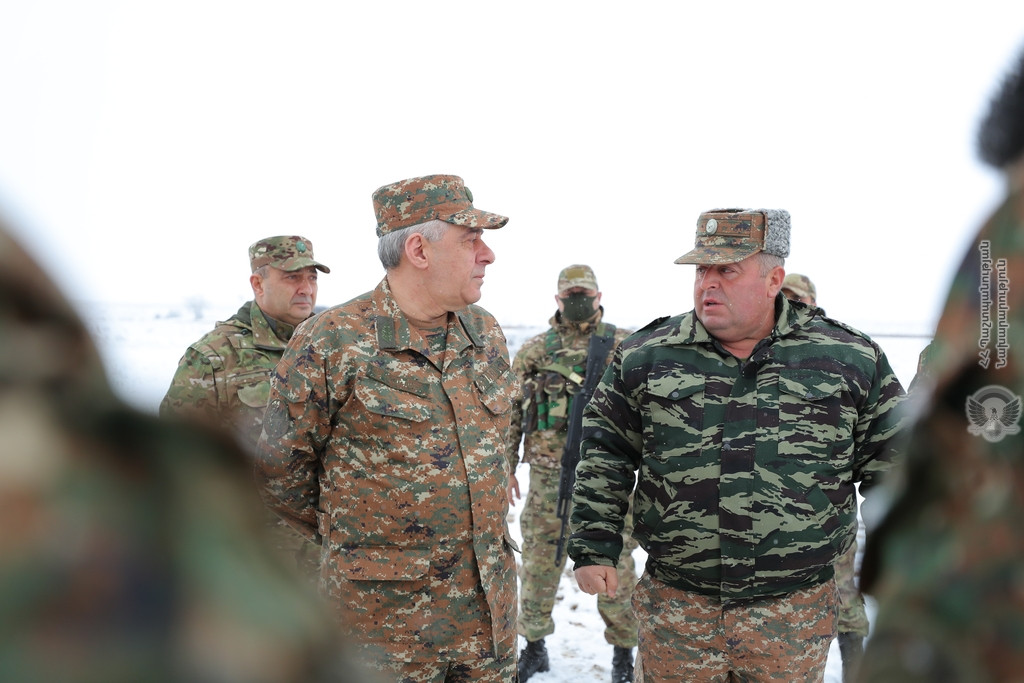 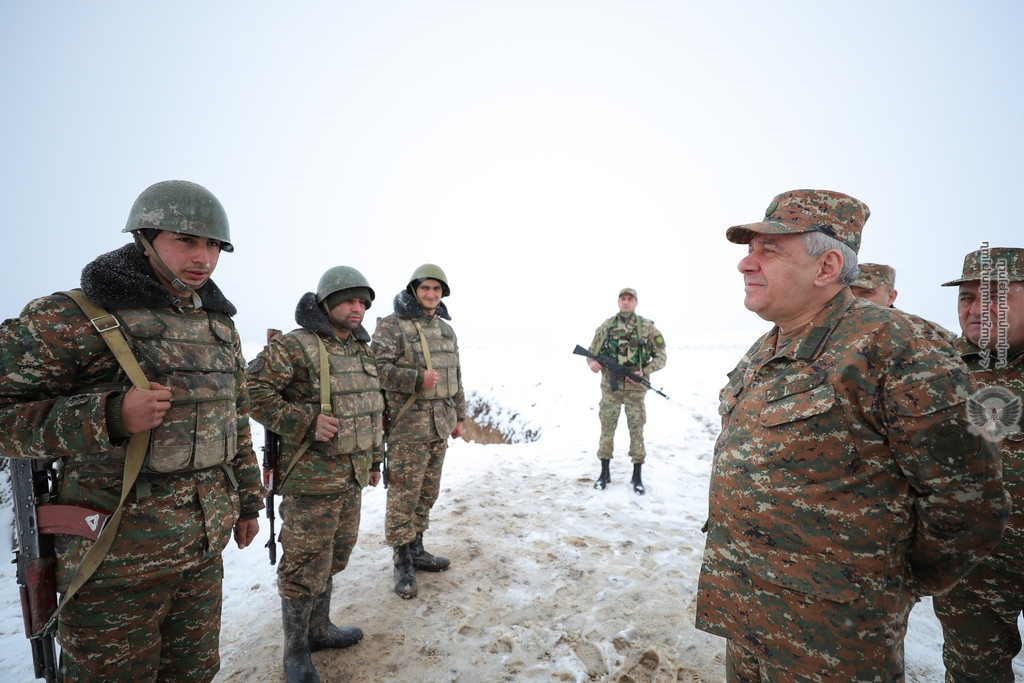 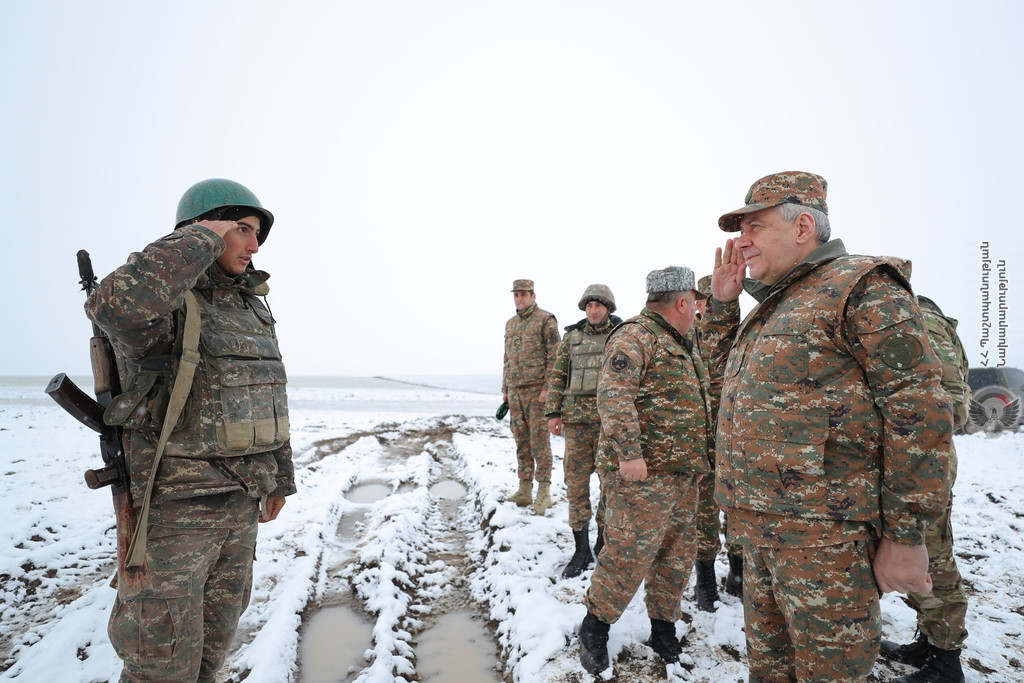 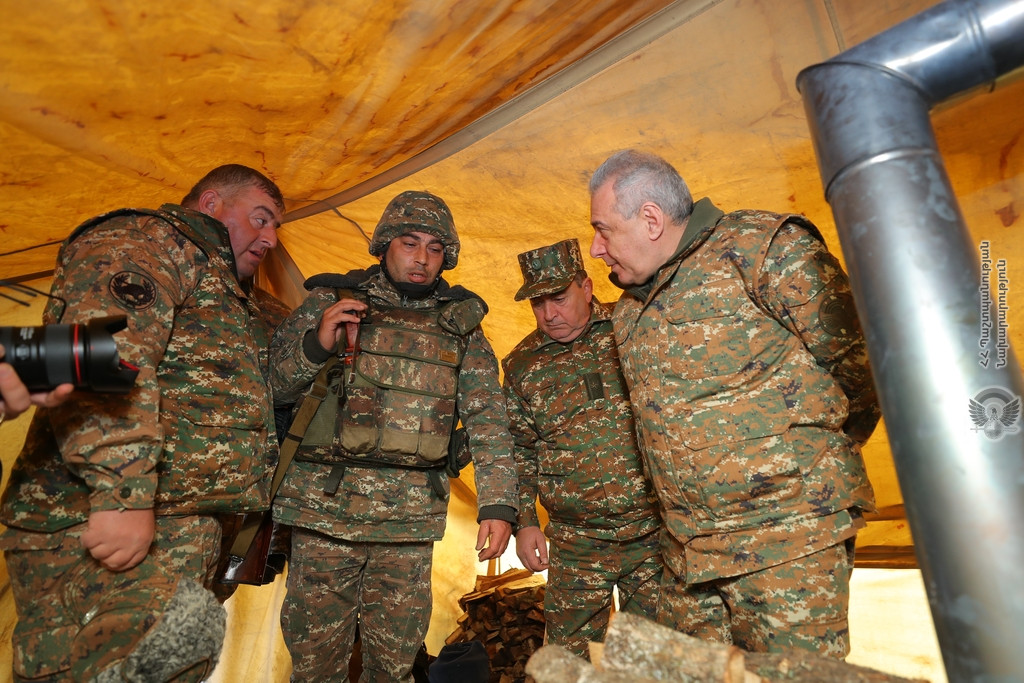 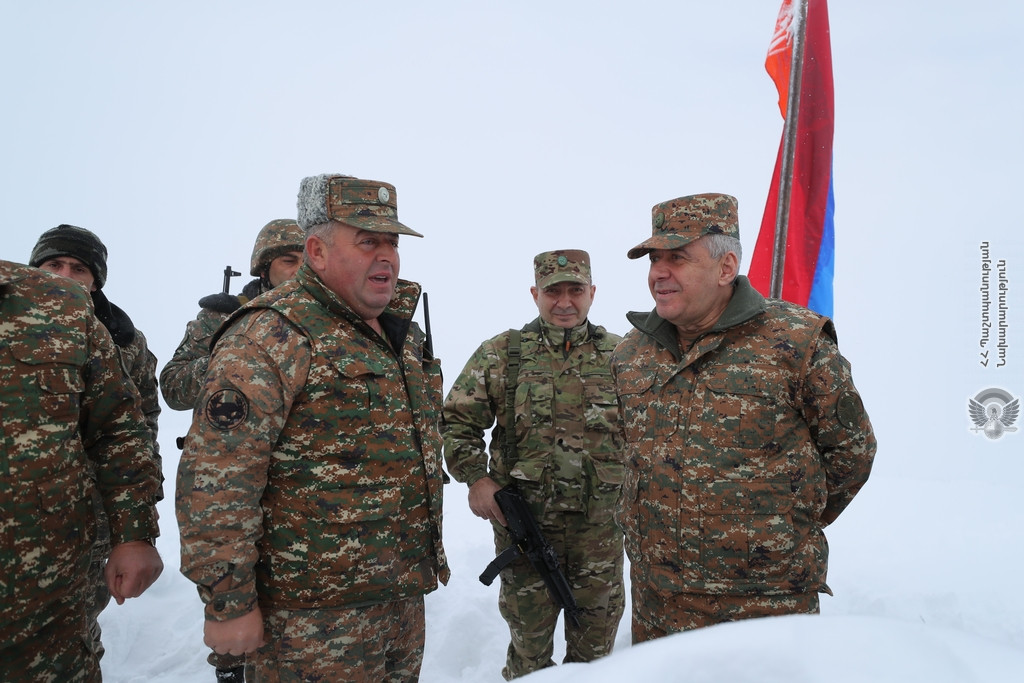 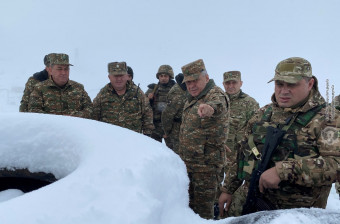 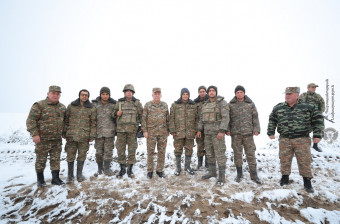 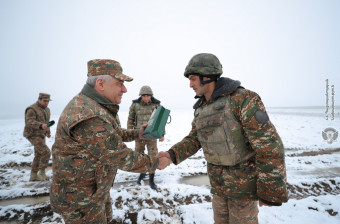 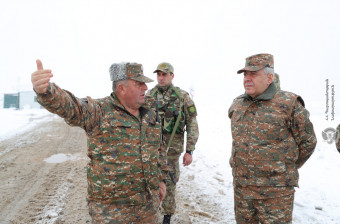 Minister Harutyunyan, in particular, also visited the territories where the distance between the Armenian and Azerbaijani border guards is, in some cases, only 100 meters.

The Minister of Defence paid special attention to the living conditions of the positions that are being created and furnished and trench infrastructures designed for the personnel carrying out combat duty. The commander of the southern military formation reported to Minister Harutyunyan that the furnishing activities have already started in the positions that are being created, in particular, for the full implementation of the combat duty in unfavorable weather conditions.

Commander of the military formation, Major General Zhirayr Poghosyan noted that the volume of the activities is gradually increasing and it will become more intensive, especially in the spring months.

During the meeting with the personnel of the military formation, Vagharshak Harutyunyan thanked the servicemen who took part in the war and awarded the outstanding officers and conscripts. The Minister noted that the Ministry of Defence will take all the measures to make sure that the service on the frontline is maximally safe and create the necessary living conditions.

The Minister of Defence of the Republic of Armenia also gave instructions to the commanders of the subdivisions.