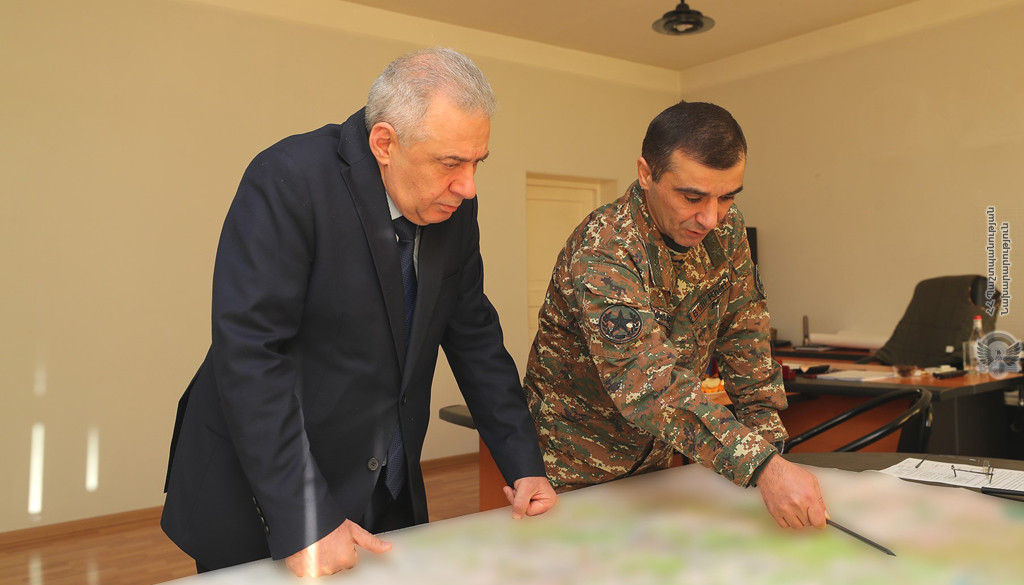 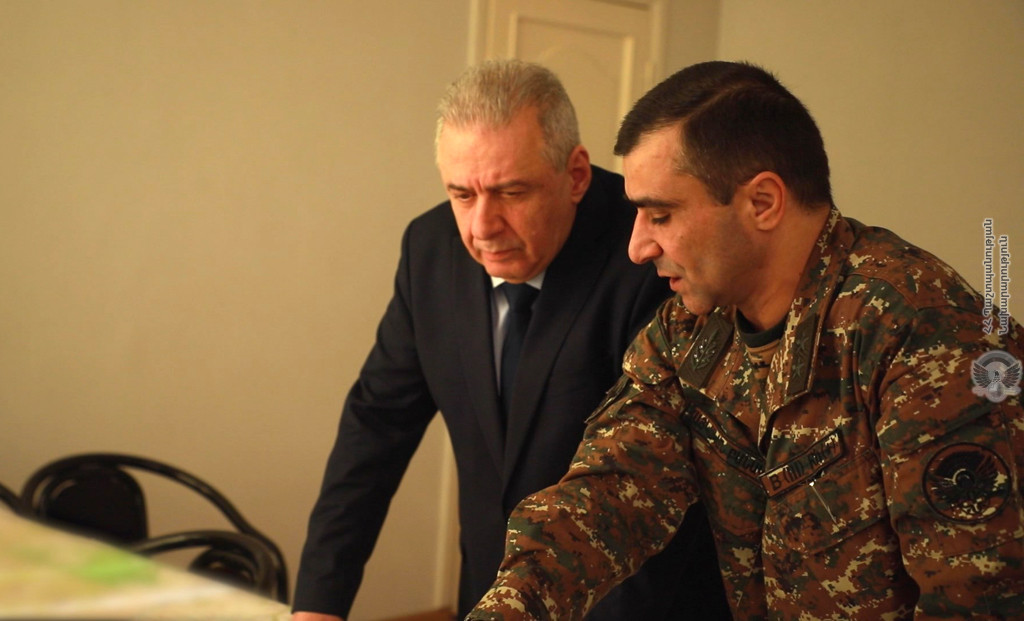 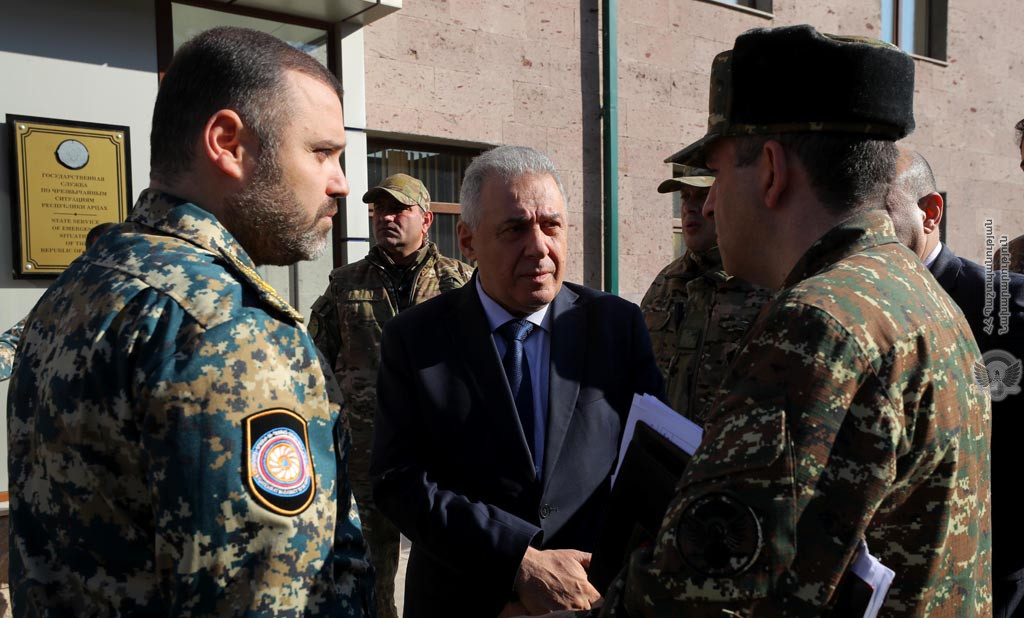 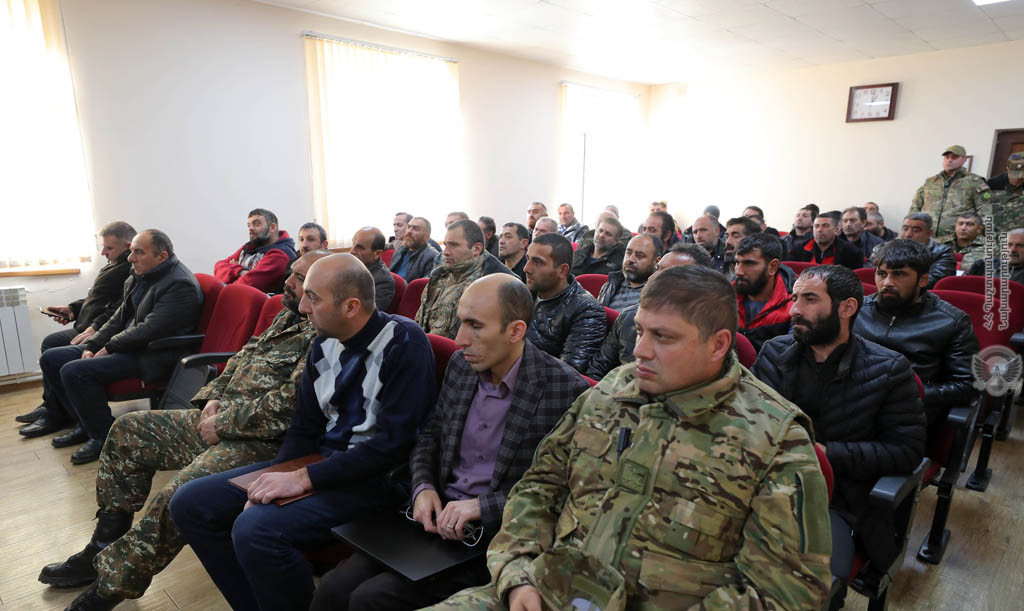 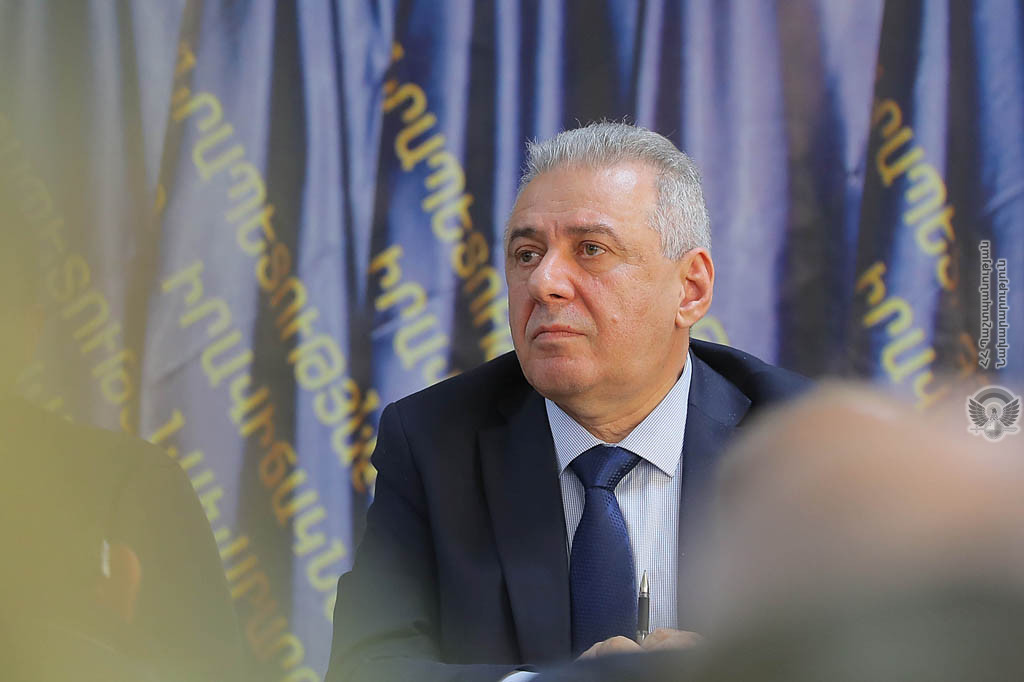 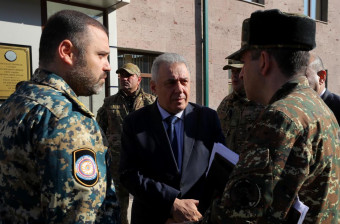 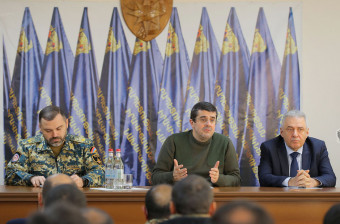 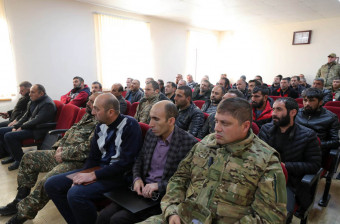 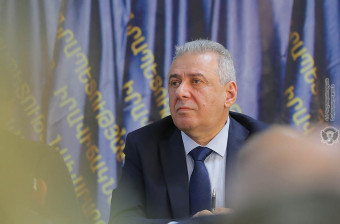 The Commander of the Defence Army presented the situation on the Artsakh-Azerbaijani contact line, activities being carried out on the frontline and course of creating new infrastructures. Mikael Arzumanyan emphasized that in order to fully fulfill the further tasks and ensure the security of Artsakh, the activities are underway to reorganize the troops and review the problems and structure of the subdivisions.

The Minister of Defence of Armenia noted the importance of the large-scale activities being carried out in the Defence Army and assured that all the possible actions will be taken to reorganize and strengthen the security system of the two Armenian republics.

The issues related to the cooperation with the Russian peacekeeping contingent were also touched upon.

Minister of Defence of Armenia Vagharshak Harutyunyan also visited the state service of emergency situations of Artsakh, talked to the personnel involved in the search for the bodies of the killed, noted the need to add new search groups.

Later, the Minister of Defence of Armenia together with the President of the Republic of Artsakh, Commander of the Defence Army of the Republic of Artsakh, head of the state service of emergency situations of the Republic of Artsakh participated in the meeting with the relatives of the missing servicemen and captives. During the meeting, Vagharshak Harutyunyan noted that the interdepartmental commission set up in Armenia is holding round-the-clock negotiations with the representatives of the Azerbaijani and Russian sides and International Committee of the Red Cross to increase the intensity of the search and expand the search areas. The Minister of Defence also noted that he periodically has telephone conversations with his Russian counterpart, Commander of the Russian peacekeeping contingent in Artsakh, keeping the issue of returning the captives and exchanging the bodies of the killed at the center of the discussions.