27 November, 2020
On November 27, Minister of Defence of the Republic of Armenia Vagharshak Harutyunyan received Commander of the Russian peacekeeping contingent deployed in the Nagorno-Karabakh conflict zone to control the ceasefire regime, Lieutenant General Rustam Muradov. 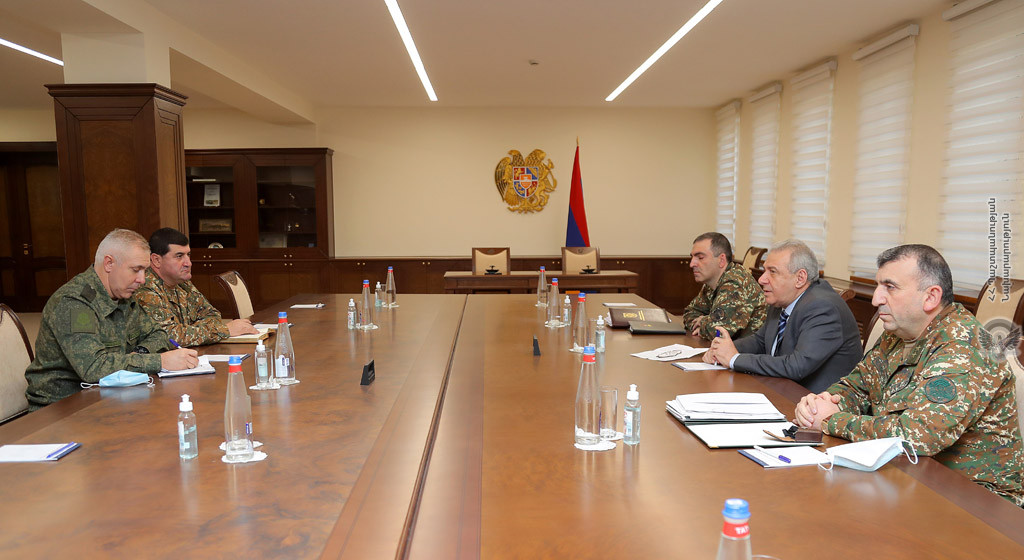 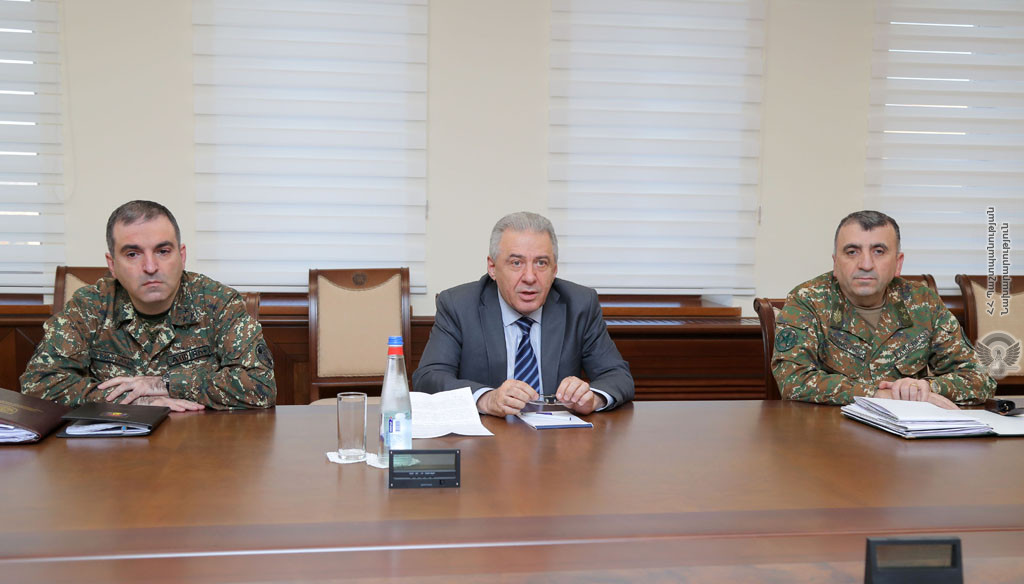 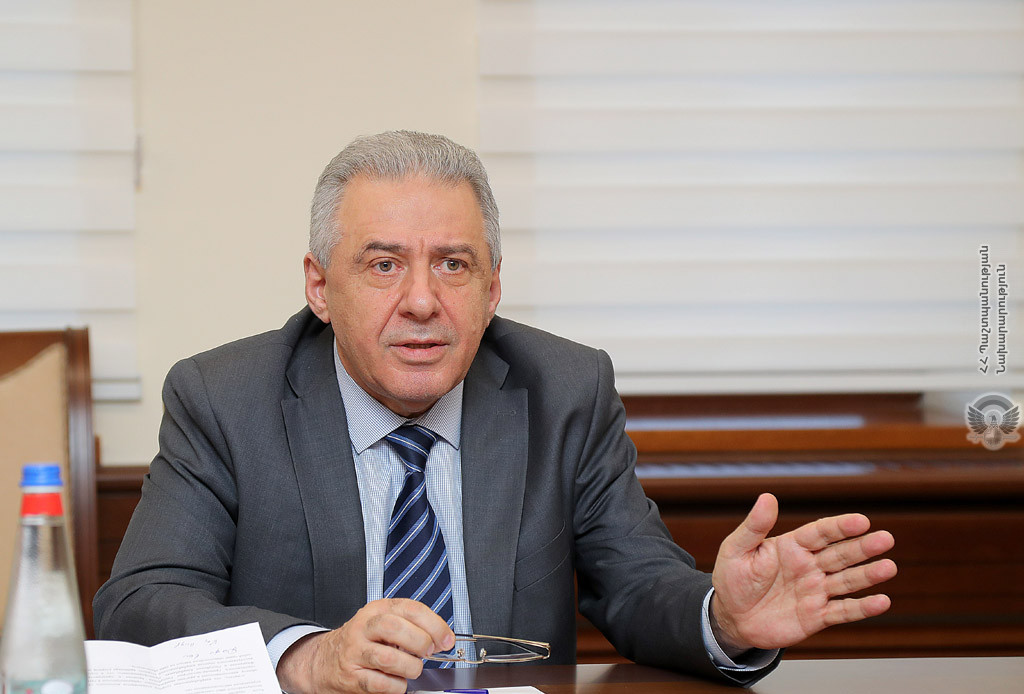 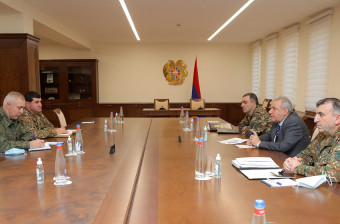 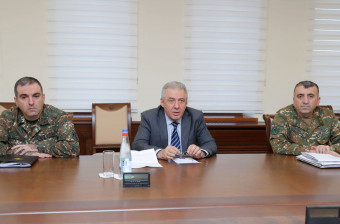 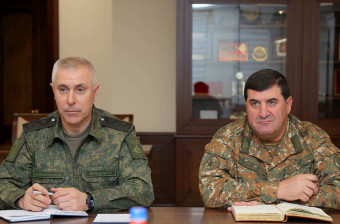 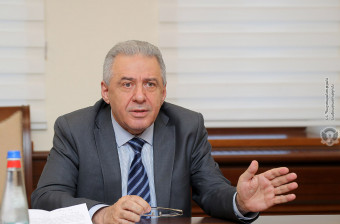 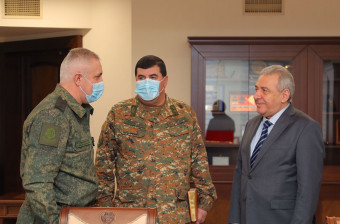 The Minister of Defence thanked for the rapid deployment of the peacekeeping contingent and large-scale activities carried out to establish and maintain peace in Nagorno-Karabakh.

During the meeting, Minister of Defence Vagharshak Harutyunyan emphasized the importance of returning captives, as well as conducting search operations for missing persons and exchanging the bodies of the servicemen. It was noted that a special headquarters was set up in Nagorno-Karabakh for the effective organization of those activities, which also includes the representative of the RA Ministry of Defence.