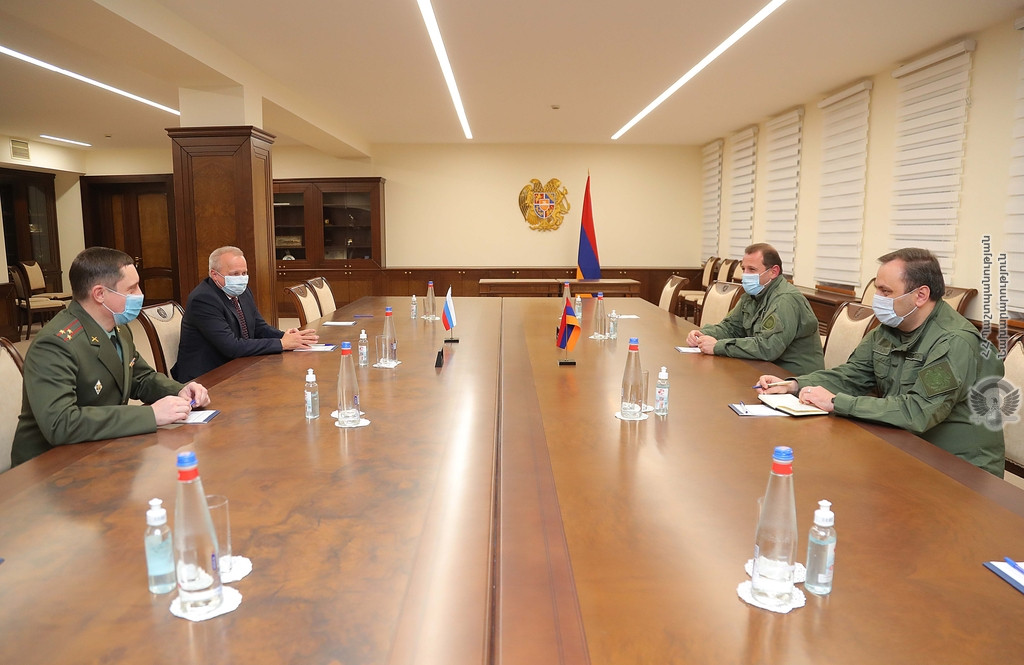 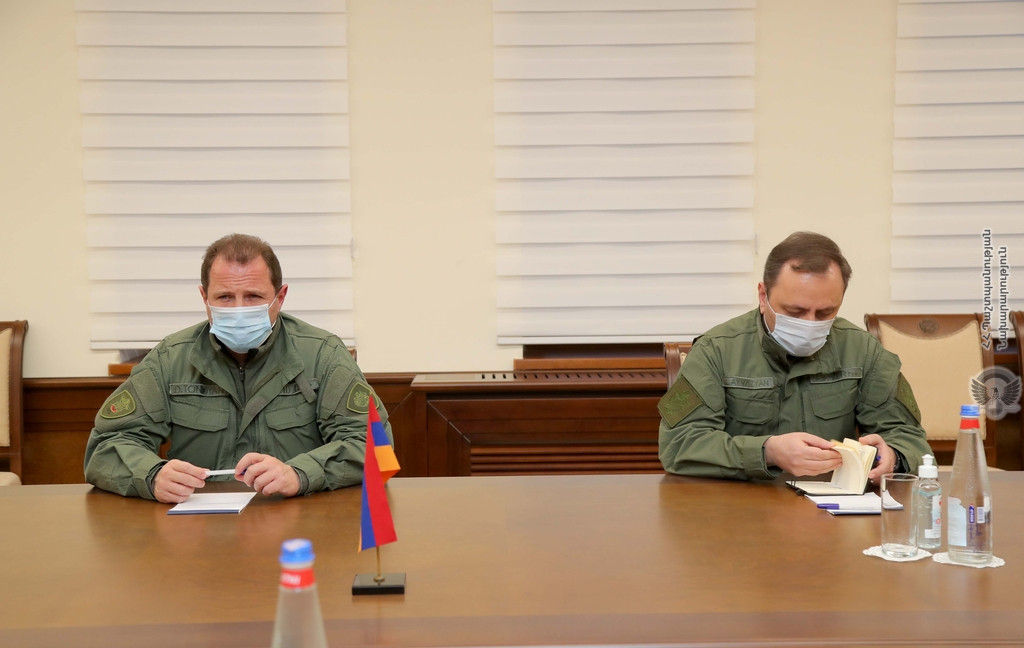 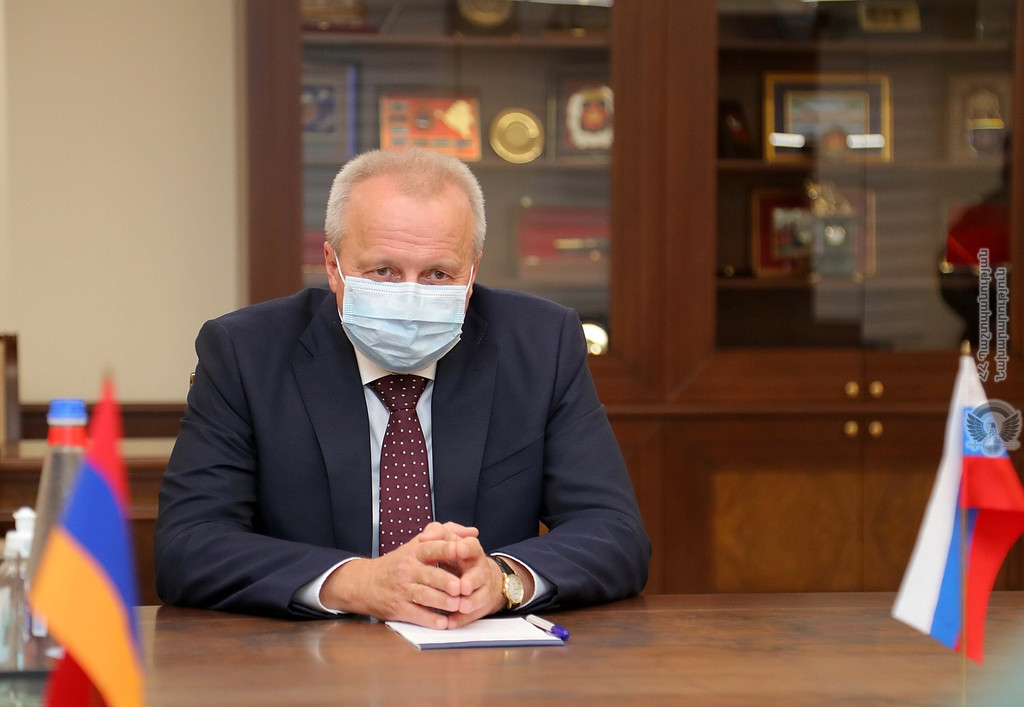 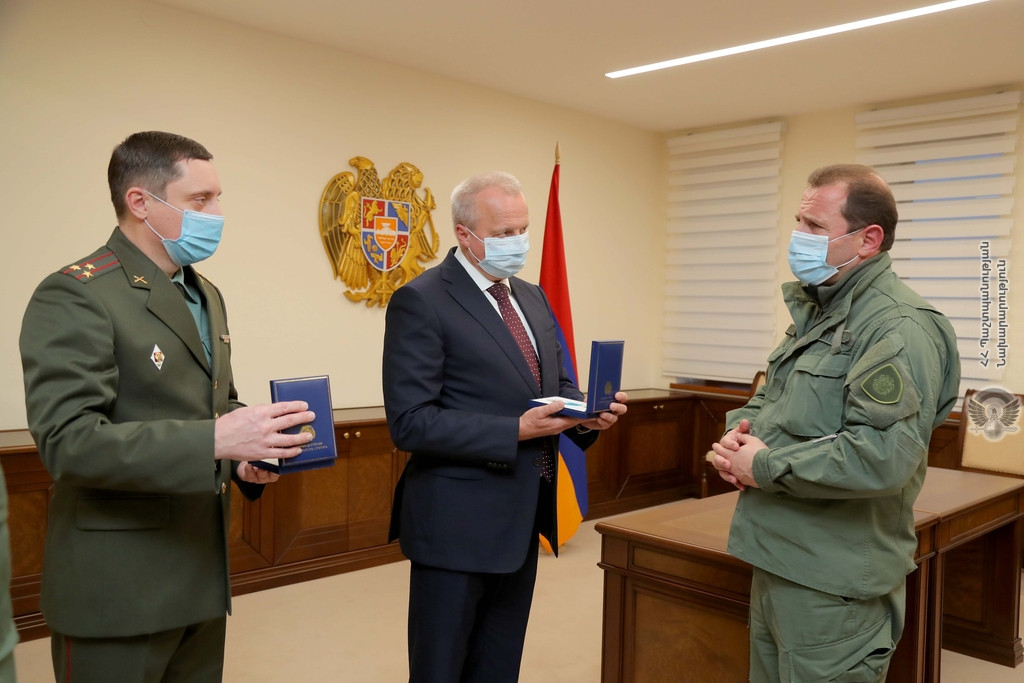 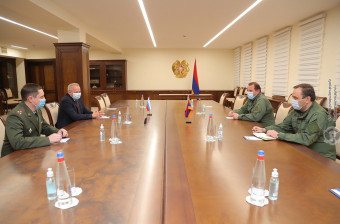 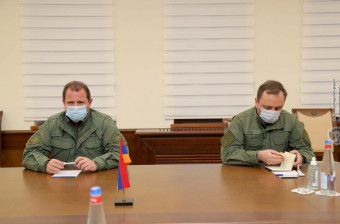 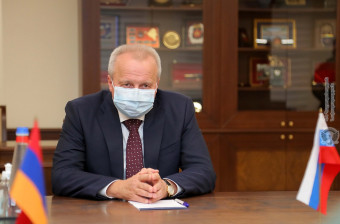 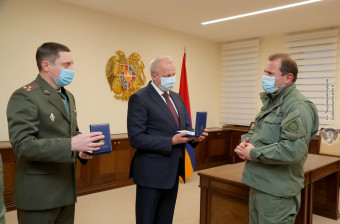 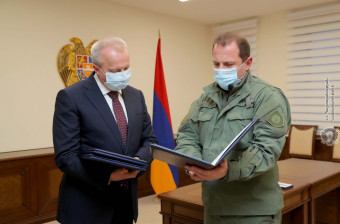 The sides attached importance to the activities for the detection and exchange of the killed servicemen, captives, hostages and missing persons that are being carried out through the coordinated efforts of the peacekeeping forces of the Russian Federation and the International Committee of the Red Cross.

Minister of Defence David Tonoyan once again expressed his condolences to the Ambassador of Russia over the death of the Russian servicemen after the downing of the Russian Mi-24 helicopter in the territory of Armenia and transmitted the decrees of the President of Armenia on granting the Medal for Combat Service to Major Yuri Ishchuk (posthumously), Senior Lieutenant Roman Fedin (posthumously) and Senior Lieutenant Vladislav Gryazin and awards to Sergey Kopirkin.