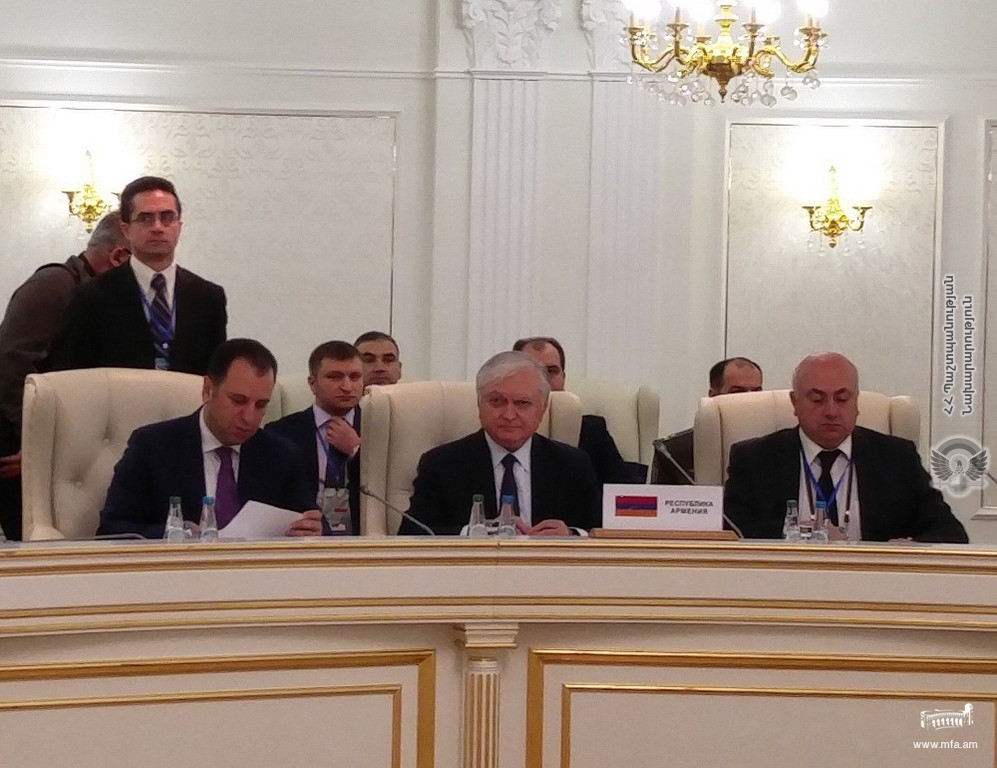 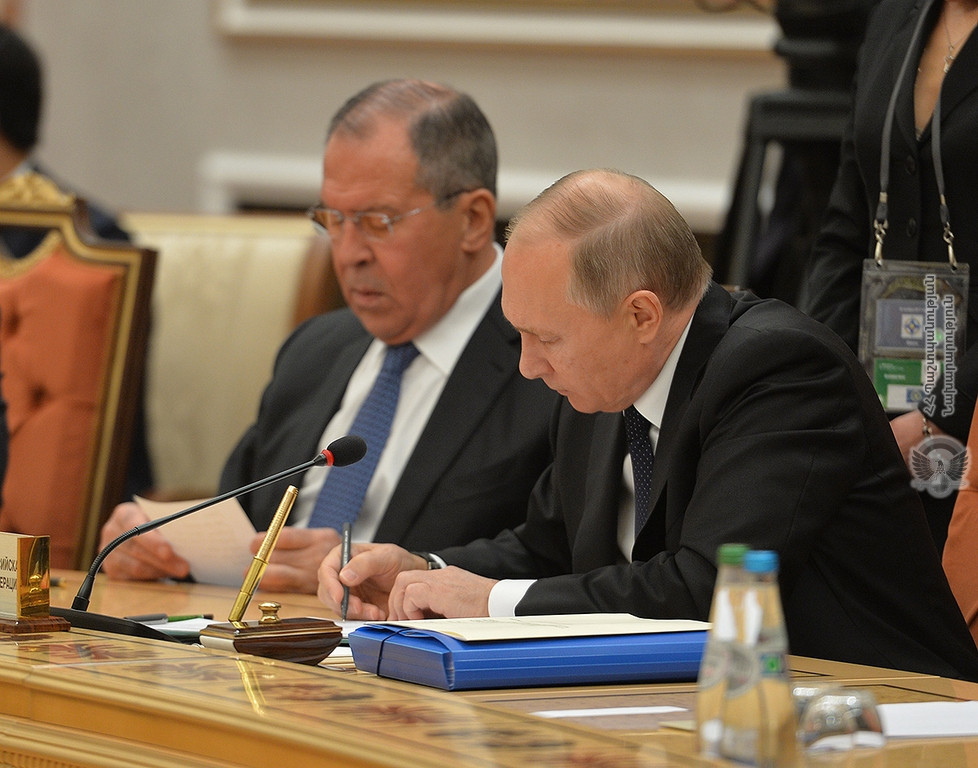 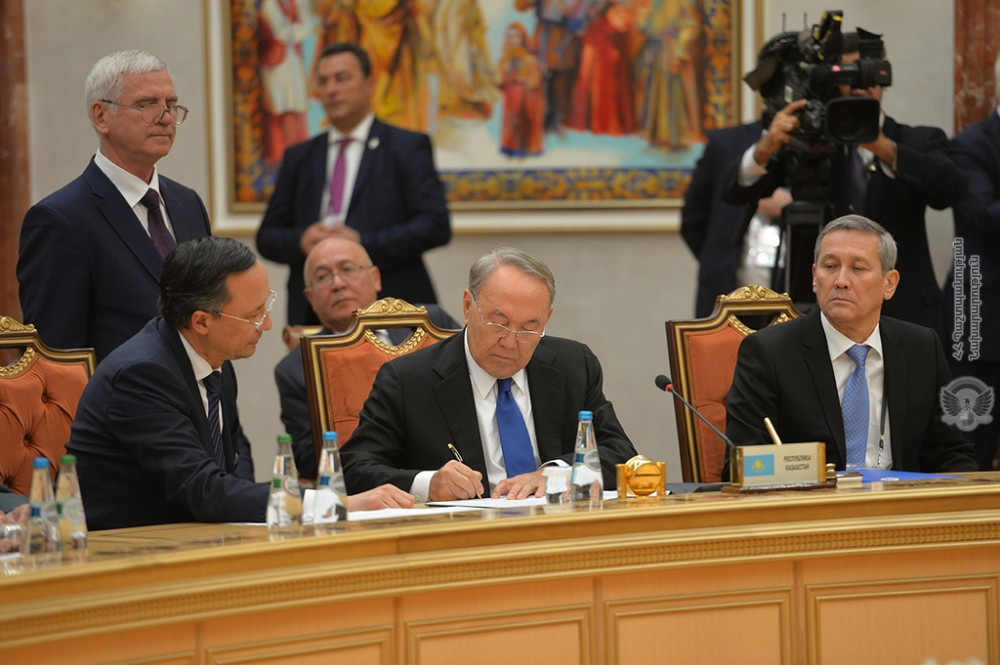 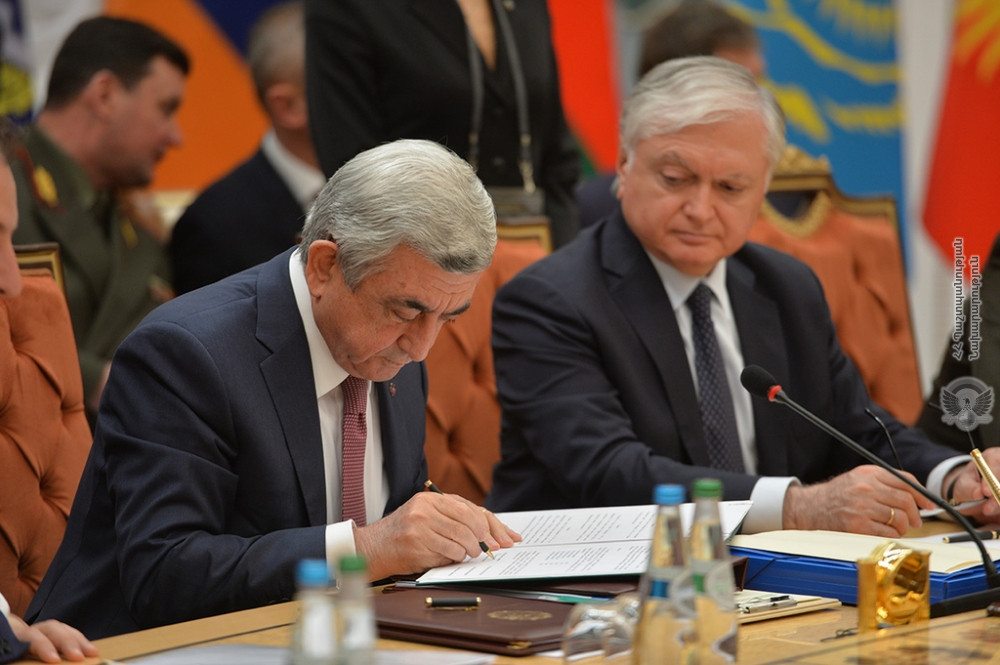 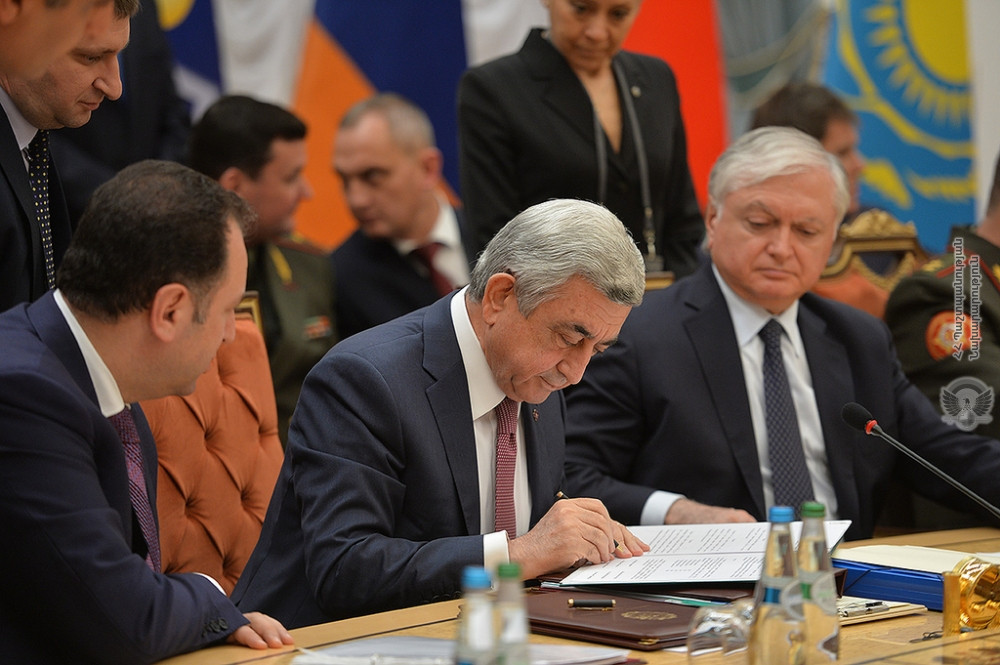 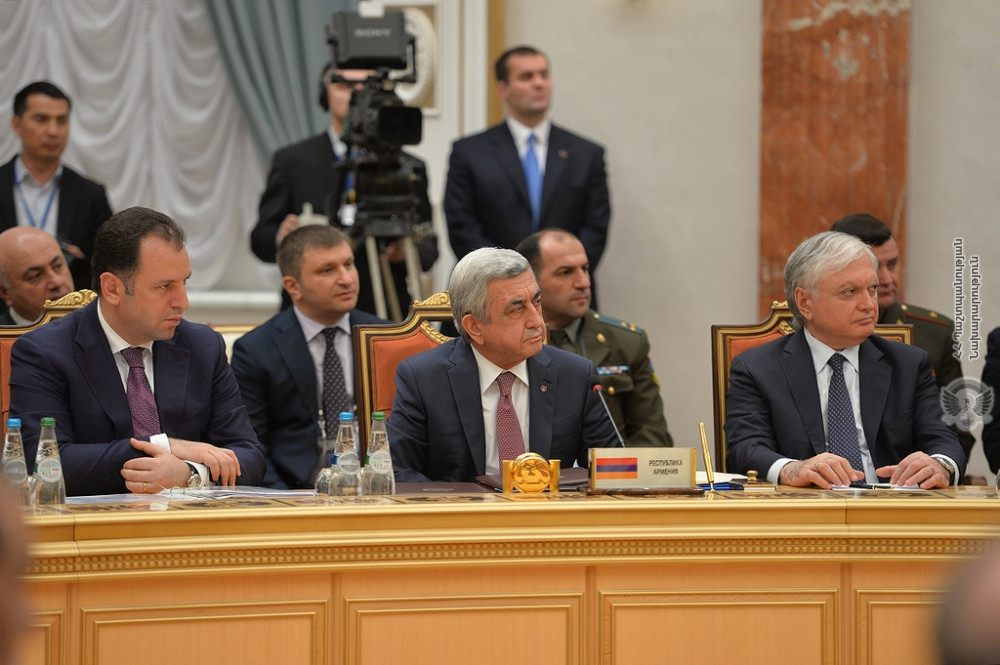 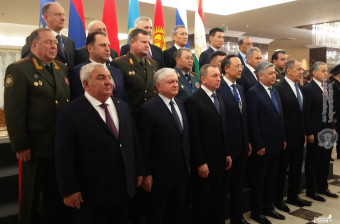 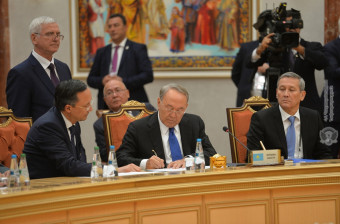 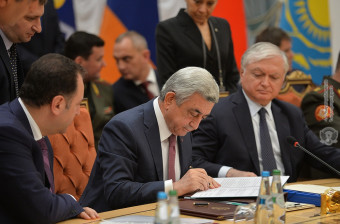 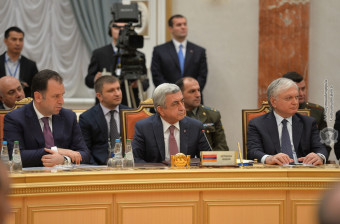 First a narrow panel session was held, followed by a plenary session, where the presidents of the member states signed a number of documents relating to the implementation of the CSTO Collective Security Strategy for the upcoming years, the further development of the military component of the organization, cooperation in defence, foreign policy and a number of other fields.

The meeting discussed over 20 issues and adopted political statements: among them the statement on supporting the mediatory efforts of the OSCE Minsk Group co-chairs in the Nagorno-Karabakh conflict, proposed by Armenia. In the statement, the presidents of the CSTO member states reiterate their support to the Minsk Group co-chairs, and reaffirmed their endorsement of the three principles of settling the conflict: the right of nations to self-determination, non-application of force and threat of force and the territorial integrity.

Issues related to the coordination of CSTO member states’ foreign policies, development of military and military-technical cooperation, information security, cooperation in the fight against terrorism were discussed at the meeting.

In addition, issues related to the recent developments in Syria and Middle East, as well as on the further improvement of the Collective Security Treaty Organization were discussed.