15 November, 2021
Prime Minister Nikol Pashinyan introduced the newly appointed Minister of Defence Suren Papikyan to the staff of the Ministry of Defence and the senior officer staff of the Armed Forces. 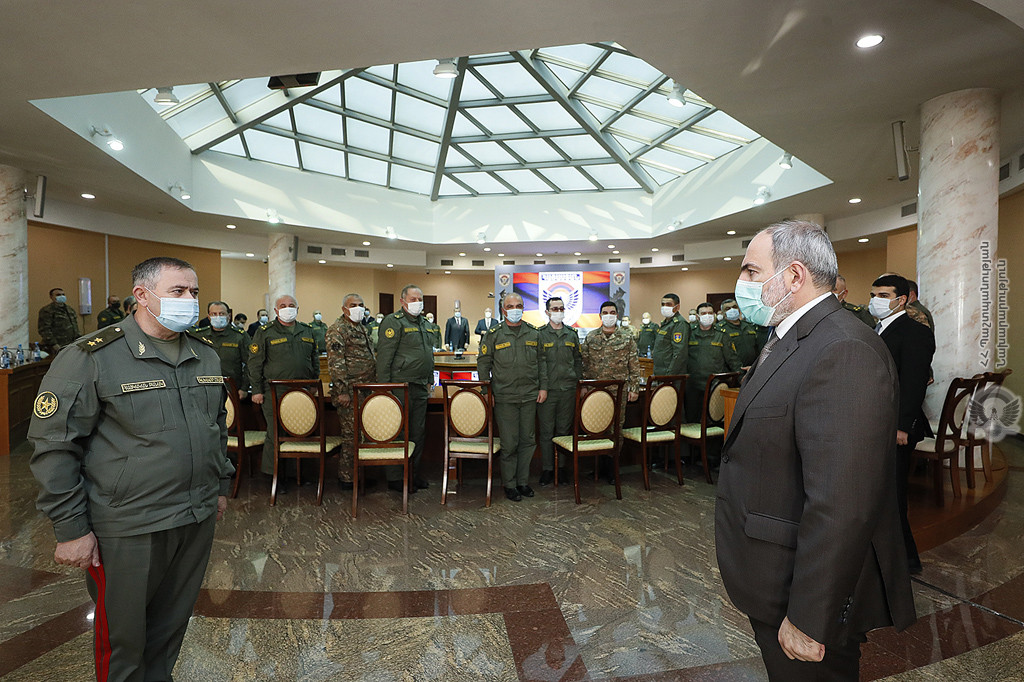 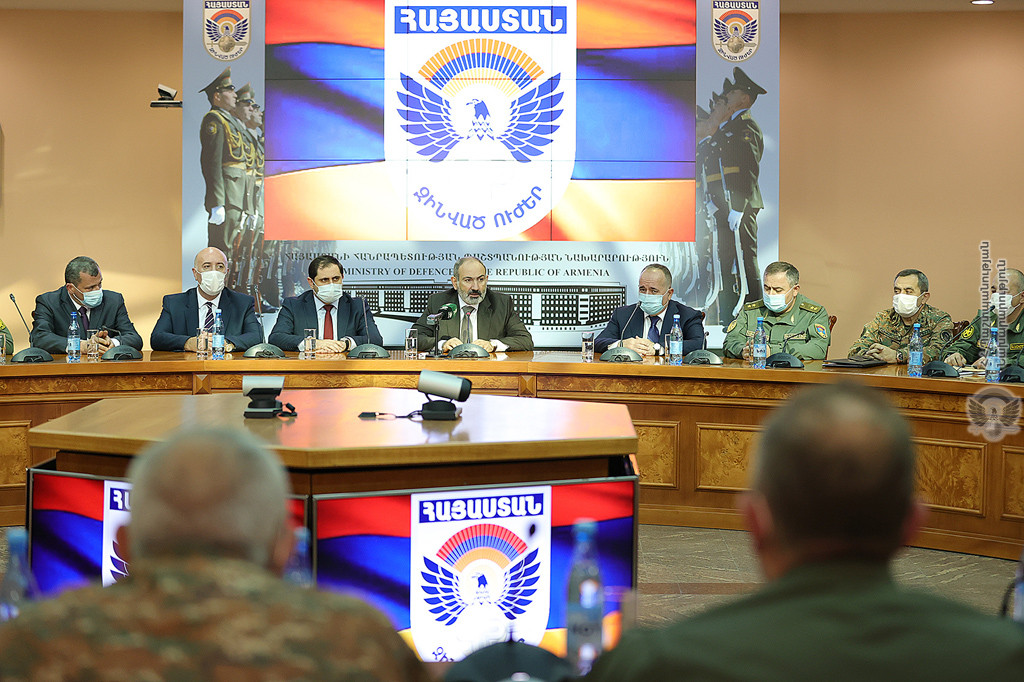 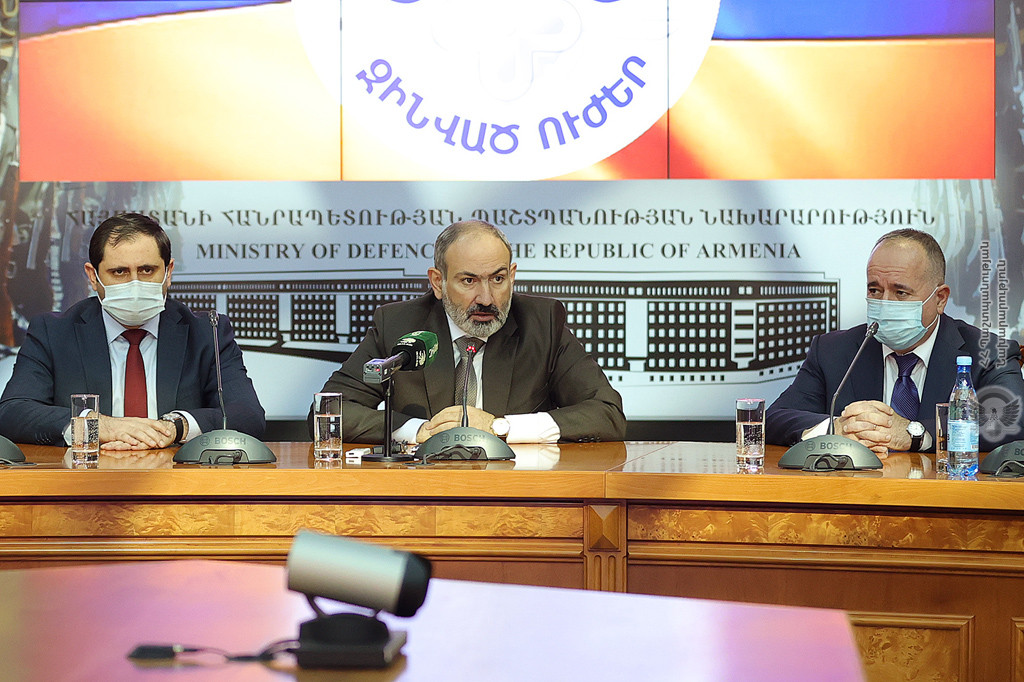 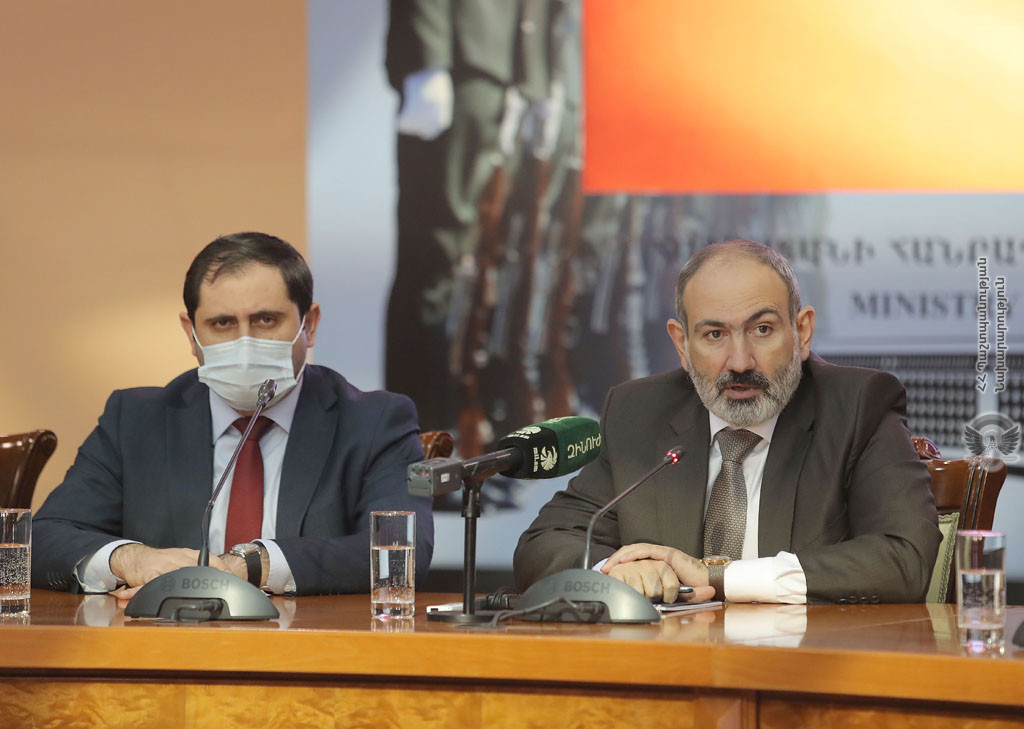 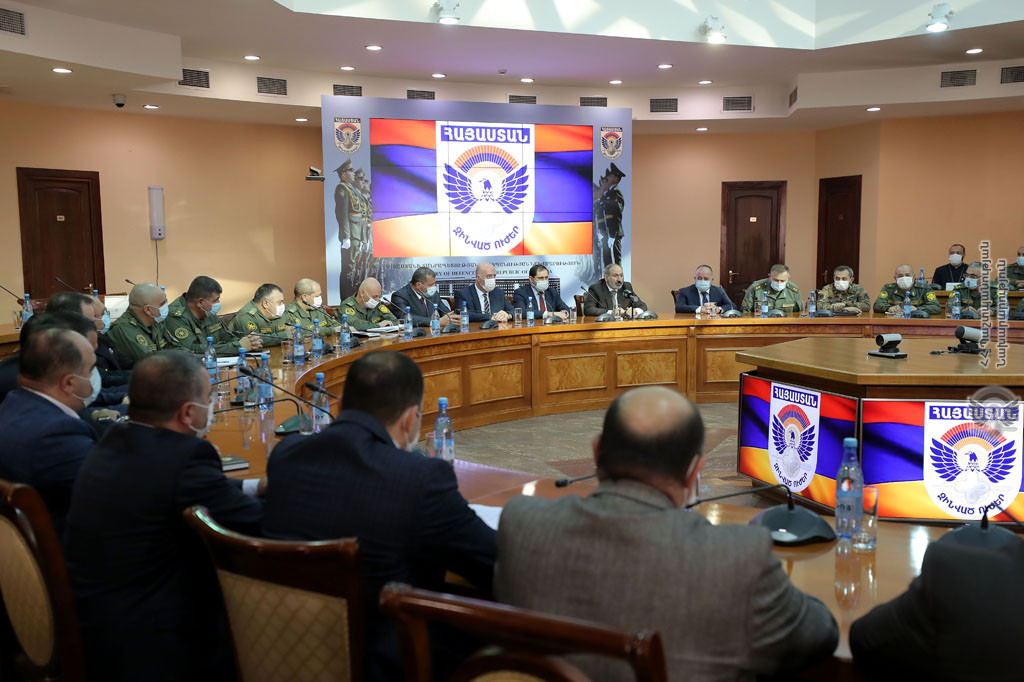 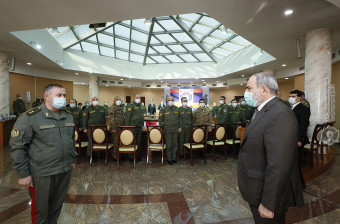 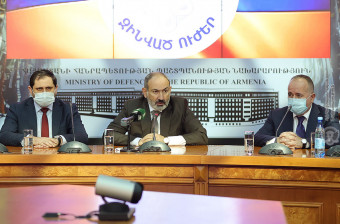 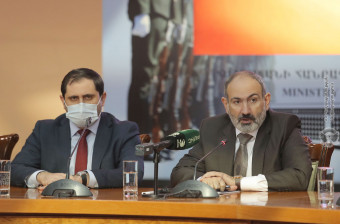 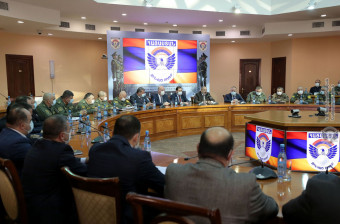 Dear colleagues, dear generals and officers, our country is facing serious strategic challenges, we simply have no right not to manage those challenges in accordance with the interests of the Republic of Armenia, Artsakh and the Armenian people. You know, there can be many assessments, those assessments can be emotional, less emotional, but we must know for sure that the Government of the Republic of Armenia, the leadership of the country clearly understand what steps are needed to successfully withdraw the country from this crossroads of strategic challenges in order to pave the way for a long-term and sustainable development, and we will go this way.

I told Mr. Karapetyan this morning that I continue to consider him my teammate. You know that Suren Papikyan is my old political ally and comrade, and I want to once again make the following statement under this roof:

After 2018, after I assumed the post of Prime Minister, there has not been a single case when the Armed Forces of the Republic of Armenia, the Ministry of Defence, put forward a problem that is within the scope of the government's solvability, and that problem would not be solved. It will be so after that, I don’t want to say more, because before that, too, there was no less, but we are facing a very important and serious challenge, which Mr. Karapetyan has embarked on, and I am sure Mr. Papikyan will continue successfully.

The Ministry of Defence, the Armed Forces are the largest state body in our country, and that body must be healthy, functionally efficient, and decisions must be deep, substantiated, based on our military-strategic needs. In this regard, I want to emphasize this subtlety, around which we must continue to work," said the Prime Minister.

Arshak Karapetyan thanked the staff of the Ministry of Defence and the officers of the Armed Forces for the joint work. "I ask everyone to consider this my last order: do everything, support the new minister, unite around the new minister. I am confident that Mr. Papikyan will be able to continue to implement the programs approved by the government for the Armed Forces. I had a separate conversation with Mr. Papikyan, I expressed my readiness to support if necessary. Mr. Prime Minister, thank you for your trust, I hope that the next minister will be even more successful. Thank you for the joint service" said Arshak Karapetyan.