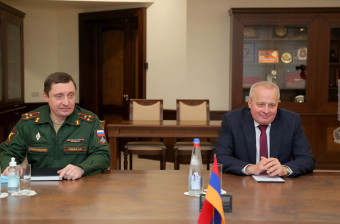 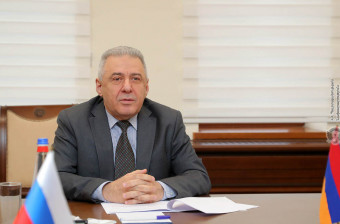 Ambassador Kopirkin congratulated Vagharshak Harutyunyan on assuming the post of Minister of Defence of the Republic of Armenia.

During the meeting, the sides highly appreciated the dynamics of the Armenian-Russian allied cooperation and political dialogue, as well as the effective cooperation in the defence field.

The Minister of Defence especially emphasized the role and efforts of the Russian Federation within the framework of the implementation of the provisions of the statement signed on November 10 of this year between Armenia, the Russian Federation and Azerbaijan aimed at the stabilization of the military-political situation in the region, as well as the effectiveness of the Russian peacekeeping mission being carried out in Artsakh.

The sides also noted the importance of the work of the Russian interdepartmental humanitarian center that deals with the return of the refugees, restoration of the civilian infrastructures, search for the killed, captives and missing persons and coordination of the activities of various organizations in the humanitarian field.