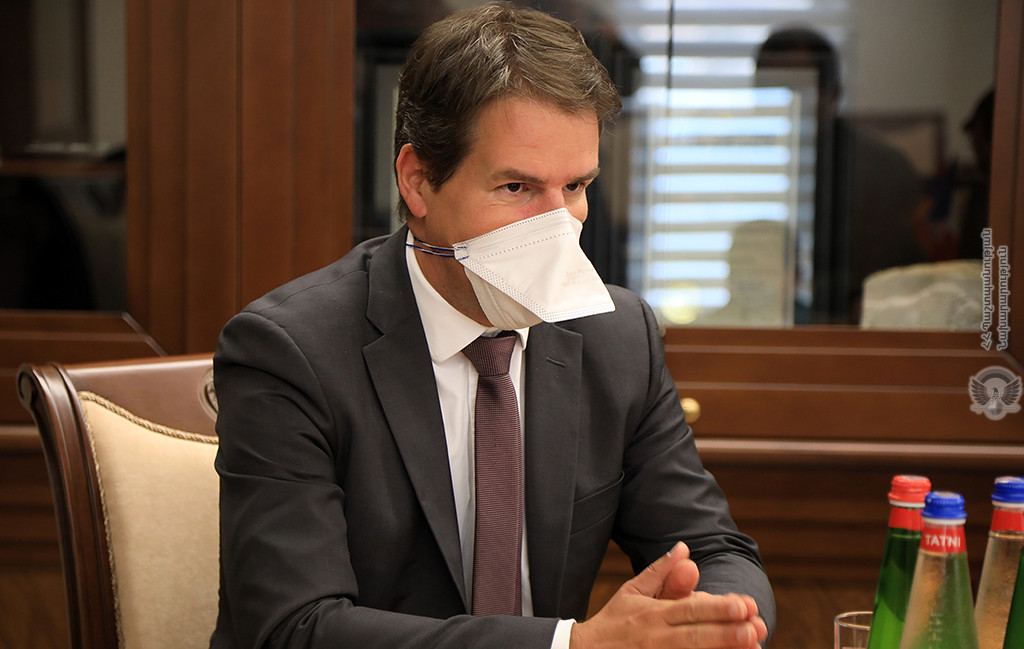 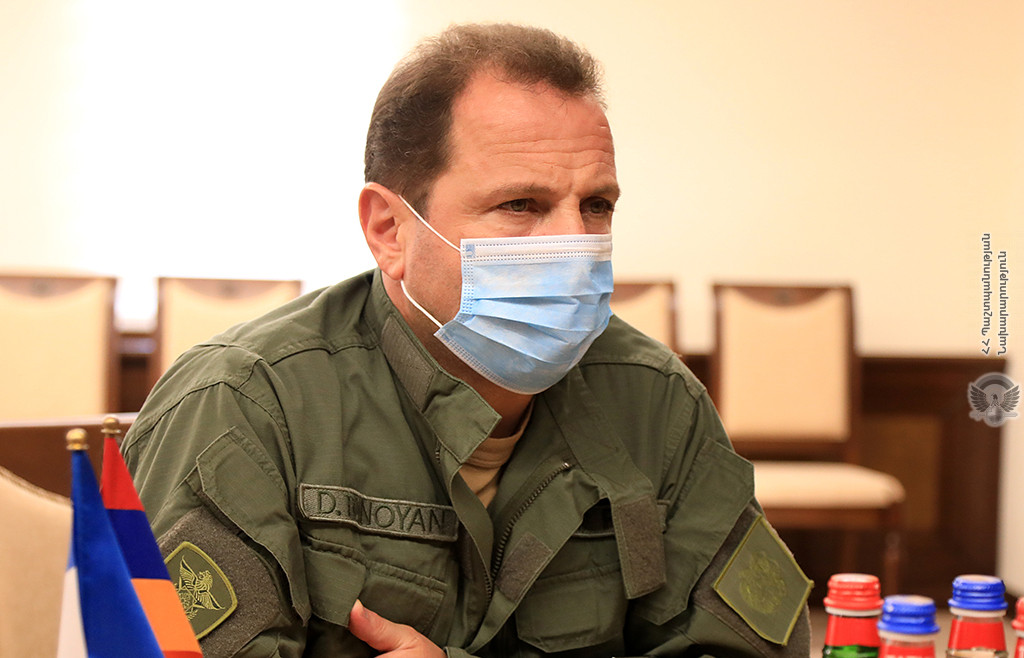 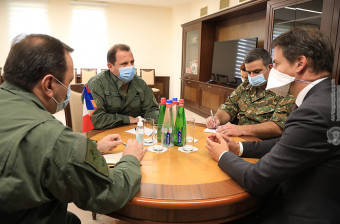 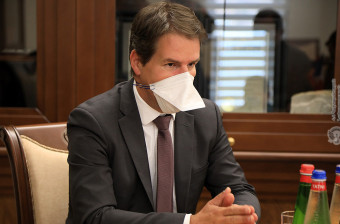 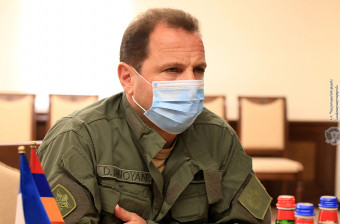 The Ambassador expressed his condolences over the deaths of the servicemen and civilians as a result of the combat operations in recent days and noted that France is deeply concerned about the tension of the situation and is closely following the developments.

The Minister of Defence of Armenia informed that the scope of the military operations initiated by Azerbaijan with the unconditional support of Turkey is unprecedented, the operations are being carried out along the entire length of the line of contact. David Tonoyan stressed that the Defence Army is fulfilling its tasks, achieving success and restraining the aggression unleashed by the opponent. The Minister of Defence also added that the offensive operations of the Azerbaijani Armed Forces will continue to receive devastating blows and that process has already begun.

During the meeting, the sides agreed to be in constant touch and exchange information about the developments.