19 September, 2020
On September 19, the professional gatherings of the commanders of the airborne assault units, units of special importance and intelligence units, as well as of the special instructors were summarized in the military university named after V. Sargsyan of the RA Ministry of Defence. 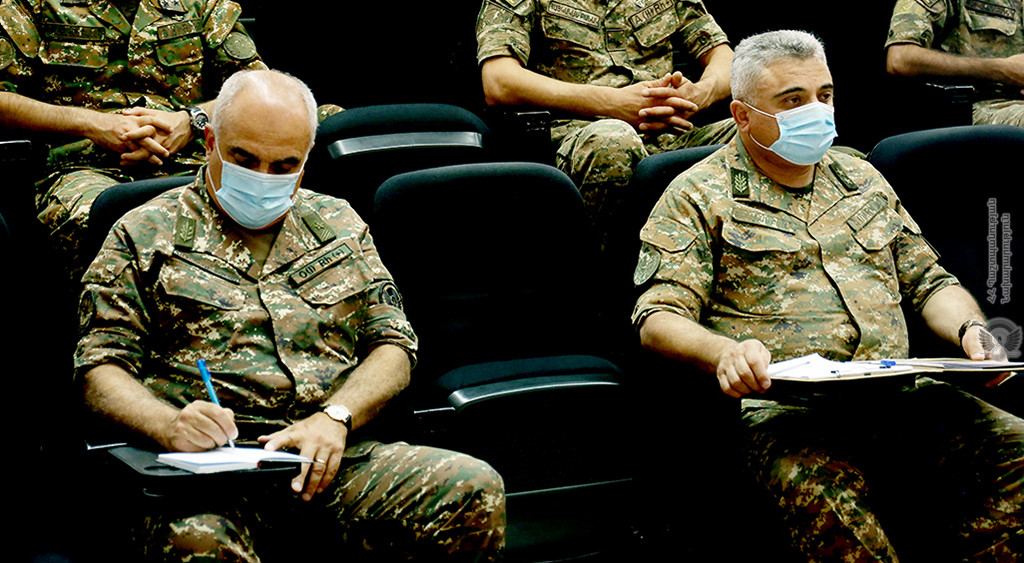 During the gatherings, the practical special professional trainings and shooting exercises using different weapons were conducted.

Minister of Defence of the Republic of Armenia David Tonoyan and Chief of the General Staff of the Armed Forces, Lieutenant General Onik Gasparyan were present at the summing up of the gatherings.

A number of servicemen who took an active part in the gatherings were encouraged with valuable gifts and diplomas.