Arshak Karapetyan paid a working visit to the Artsakh Republic

8 November, 2021
On November 6, at the invitation of the Minister of Defence of the Artsakh Republic Kamo Vardanyan, the Minister of Defence of the Republic of Armenia Arshak Karapetyan paid a two-day working visit to the Republic of Artsakh.
Accompanied by the commander of the Defence Army, Arshak Karapetyan visited military bases, met with the servicemen on combat duty, got acquainted with the fortification, as well as the social and living conditions of the duty. 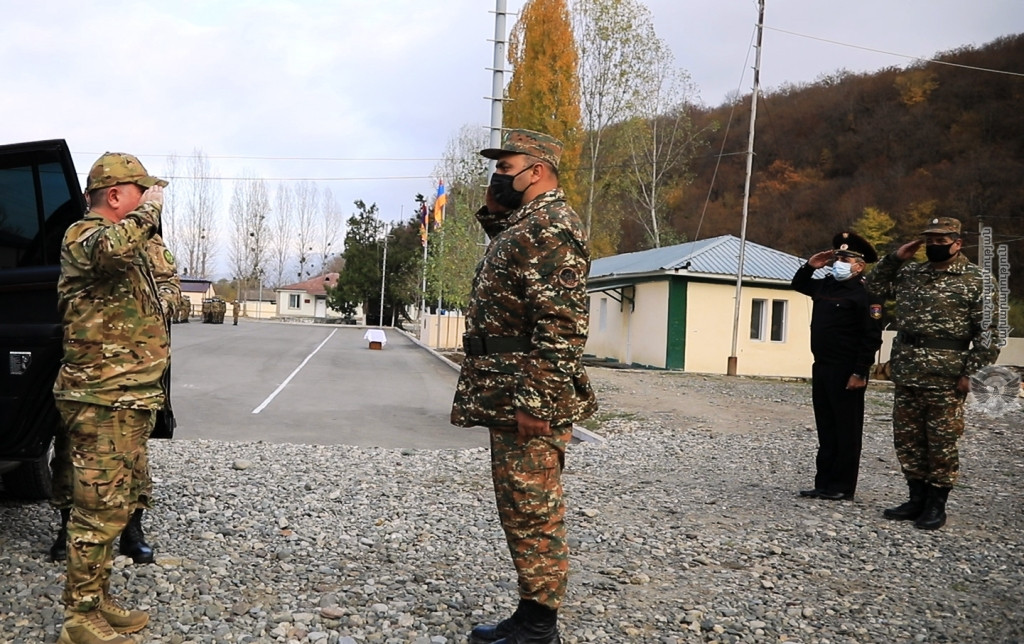 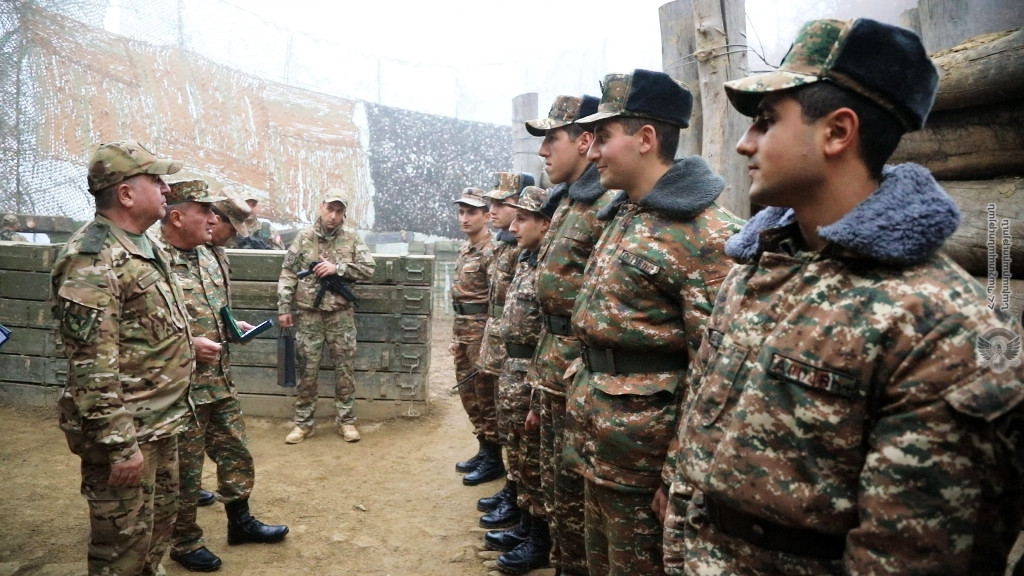 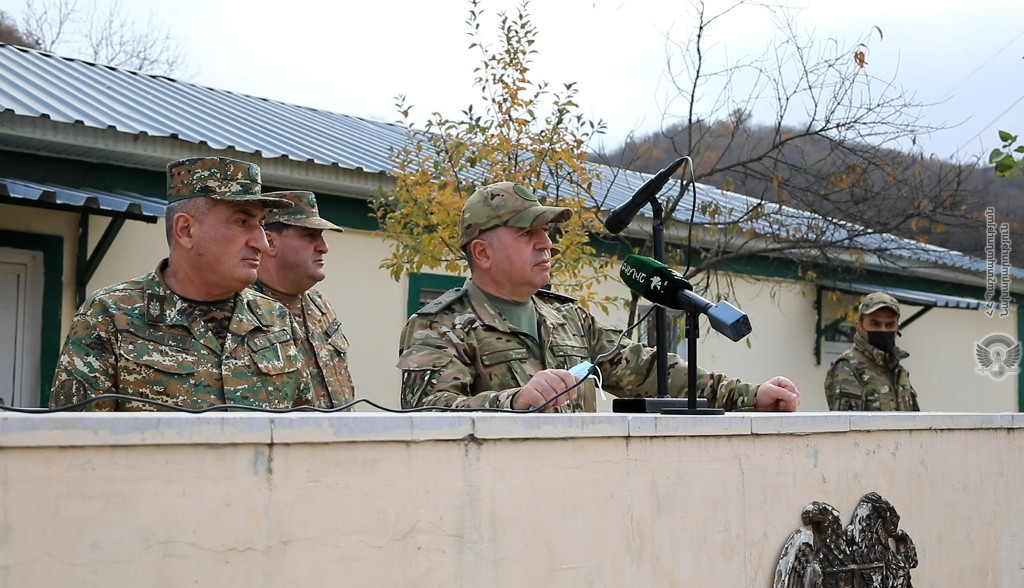 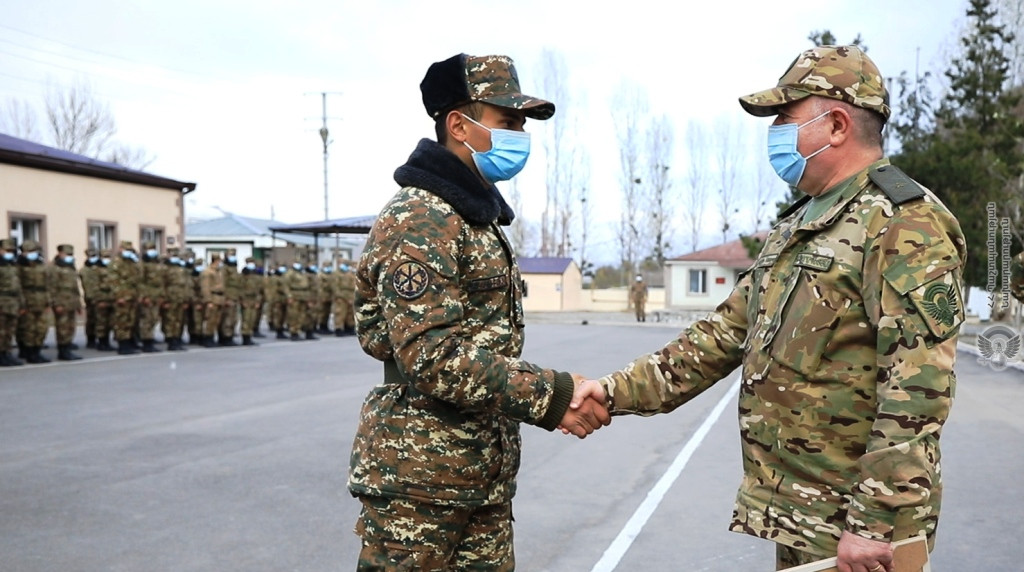 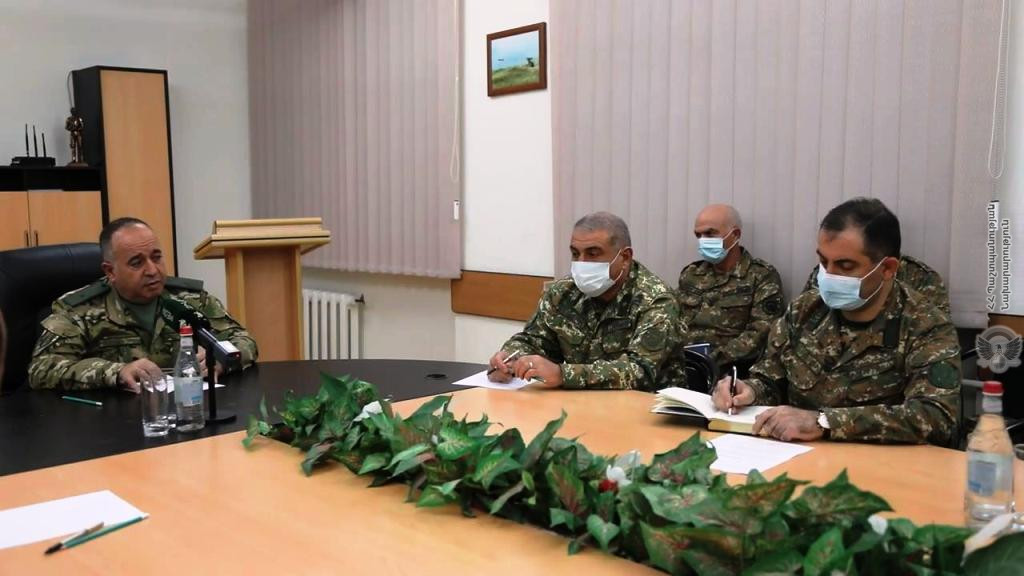 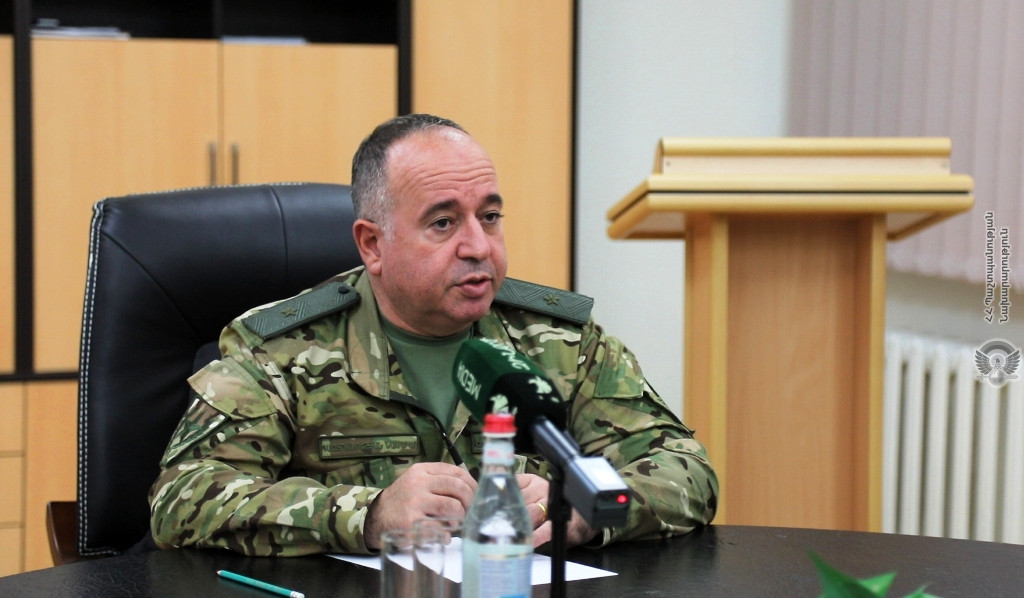 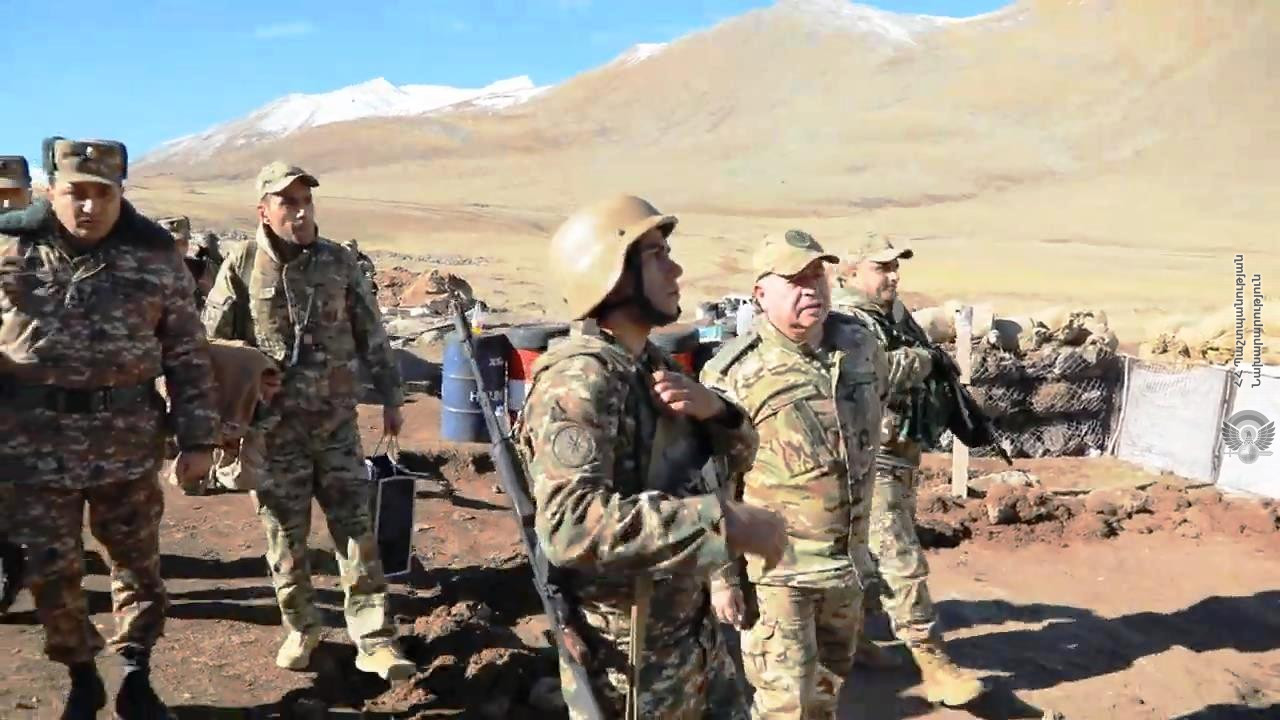 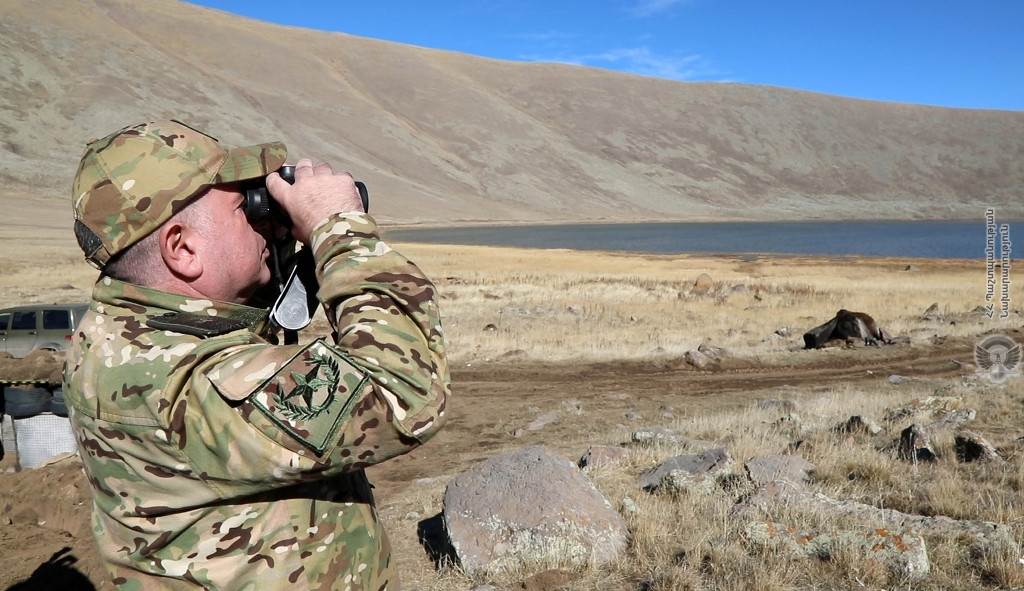 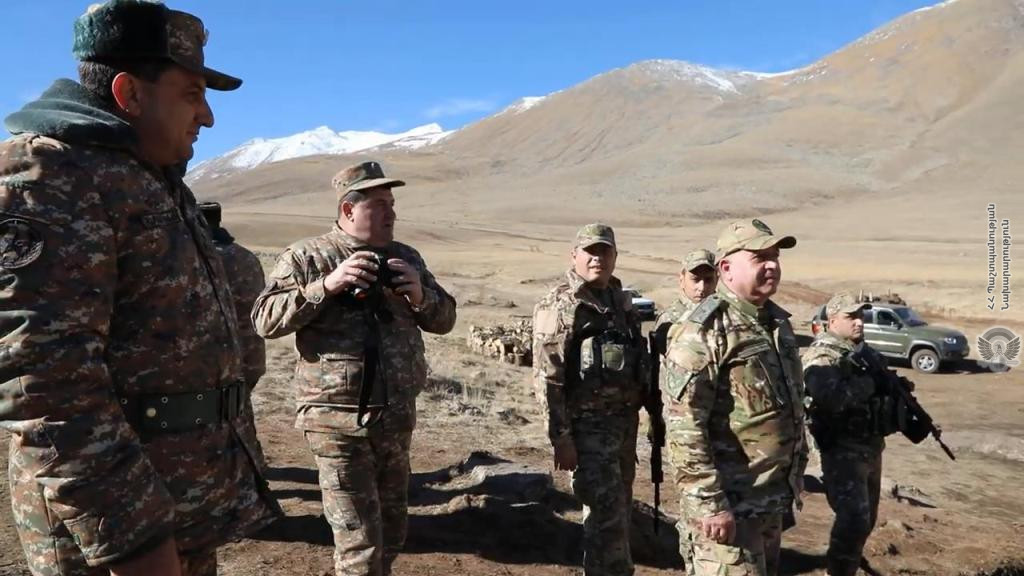 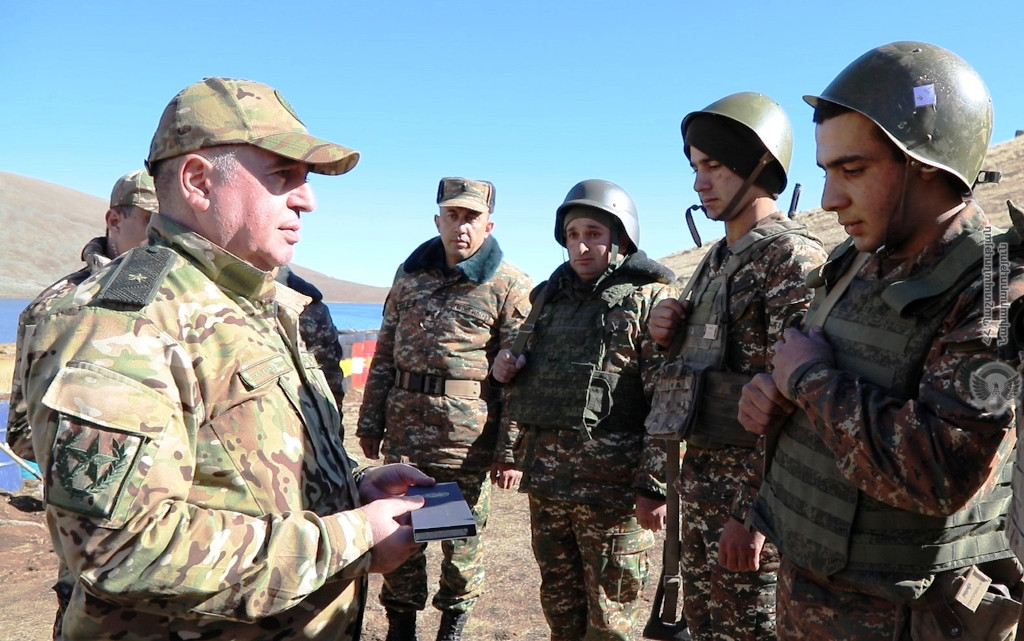 In one of the military units of the Defense Army, addressing the servicemen guarding the borders of Artsakh, the Armenian Defence Minister stressed that the most important guarantee of peace is the strong army capable of fulfilling the set combat tasks.

Highly appreciating the efforts made to protect the borders of Artsakh during the 44-day war and after that, Arshak Karapetyan awarded a number of servicemen of the Defense Army with diplomas of the Ministry of Defence and departmental medals of the Republic of Armenia.

On the same day, in Stepanakert, Arshak Karapetyan, within the framework of cooperation between the Defence Ministries of Armenia and Artsakh, participated in a working consultation of the leadership of the Defence Army, during which a number of security issues were discussed.

On November 7, the Minister of Defence Arshak Karapetyan also visited the Syunik region, in particular, the territory of Lake Sev. The Minister walked around the shore of the lake, met the soldiers on duty, thanked them for the round-the-clock combat duty.

Speaking about the possible solutions to the problem of penetration of Azerbaijani subdivisions into the territory of the lake, the Minister once again assured that there is no alternative to the restoration of the state border, the Azerbaijani military must leave the sovereign territory of the Republic of Armenia.

During the visit, Arshak Karapetyan paid special attention to the construction of military bases being built in that high-mountainous zone, the living conditions of the servicemen, and instructed the leadership of the army corps to eliminate the identified problems in a short period of time.