The servicemen of the Armed Forces prevented sabotage infiltration attempt

6 March, 2020
On March 6, at about 05:30, the Azerbaijani servicemen launched a sabotage infiltration attempt in the direction of one of the combat positions located in the northeast of Armenia. 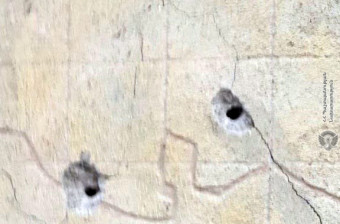 Due to the competent actions of the military-position holders, the adversary was thrown back to its starting position, suffering casualties and leaving ammunition and landmine detector behind. The Armenian side has no casualties, but as a result of the actions one servicemen was slightly injured. The details of the incident are being clarified.

The analysis of the operations shows that the adversary carried out serious preparatory activities for this sabotage infiltration attempt which was carried out by the appropriately trained personnel. A non-Azerbaijani production landmine detector was used to open holes in the landmine fields.